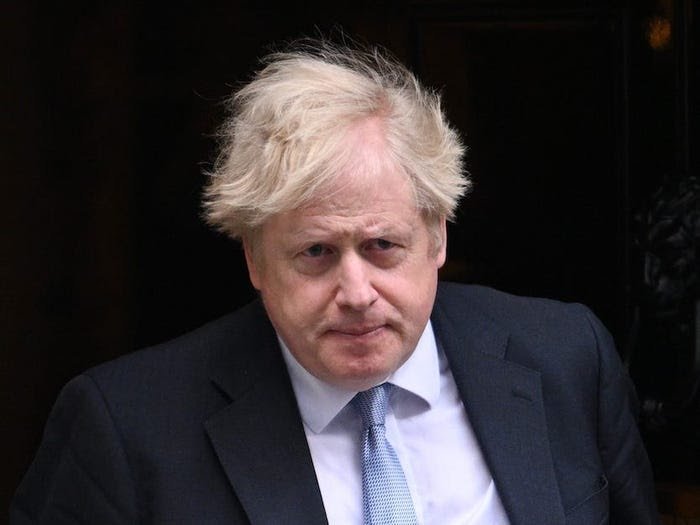 Boris Johnson is set to step down as Conservative Party leader on 7th July, after losing the support of his ministers and MPs, and following a fatal onslaught of resignations in protest over his leadership. As Prime Minister Boris Johnson agrees to resign, ending an unprecedented political crisis over his future that has paralysed Britain’s government, Johnson had rebuffed calls by his Cabinet to step down in the wake of ethics scandals. He gave in after more than 40 Ministers quit his government and asked him to go.

According to a BBC report, a Conservative leadership contest will take place this summer and a new Prime Minister will be in place in time for the party conference in upcoming October. In the meantime, Boris Johnson may continue as the Prime Minister of the United Kingdom.

Earlier, Johnson had vowed to “keep-going” following a wave of resignations from the government officials over his leadership. But was urged to stand down soon by senior members of his cabinet.

Minutes before the news broke, Treasury Chief Nadhim Zahawi called on Prime Minister Boris Johnson to resign just 36 hours after Johnson put him in the job, while another newly appointed Cabinet Minister quit her post. Zahawi said Johnson knew “the right thing to do” was to “go now.” Nadhim Zahawi was appointed late Tuesday to replace Rishi Sunak, who resigned saying he could no longer support Johnson after a series of ethics scandals.

During the Covid lockdown in London, Noa Hoffman, a 24-year-old, just four days into her job as a political reporter for the Sun newspaper, broke the news that a Conservative MP had resigned from his role as a party whip following a boozy evening at the Carlton private members club. In his resignation letter, Chris Pincher told the PM he “drank far too much” and “embarrassed myself and other people”. But the matter turned out to be far more serious, as he is alleged to have grabbed two men at a private members’ club, touching at least one of them on the groin. Two things then happened. The government briefed the media that Pincher had recognised he had behaved badly and so would keep his job as an MP and face no further action. But, behind the scenes Conservative MPs were furious.

Similar allegations of sexual misconduct had been made against Chris Pincher in the past. Yet UK Prime Minister Boris Johnson had put him into a position of power as the party’s deputy chief-whip – enforcers who ensure MP discipline but who are also responsible for pastoral matters.

For days, Ministers and Johnson’s spokesman insisted the prime minister was not aware of specific allegations against Pincher when appointing him deputy chief-whip. Their story collapsed next day when political correspondent Ione Wells revealed that Johnson had in fact been made aware of a formal complaint about “inappropriate behaviour” by Chris Pincher when he was a Foreign Office Minister from 2019-2020. The controversy saw a dramatic public intervention by the former top Foreign Office civil servant Sir Simon McDonald, who said Johnson had been briefed in person about the complaint. Downing Street then stated journalists that Boris Johnson had in fact known – but had “forgotten”. Finally, on the next day Johnson admitted it had been a “bad mistake” to appoint Chris Pincher. But the damage was done. General people and his party members become furious over the melodrama.

In last April, the UK Prime Minister was fined for breaking lockdown rules, after attending a gathering on his birthday in June 2020. He also apologised for going to a “bring your own booze” party in the Downing Street garden during the first lockdown. More widely, the Metropolitan Police issued 126 fines to 83 people for breaking lockdown rules in Downing Street and Whitehall. This incident and Boris’s involvement in it generated turmoil among general populace.

In the United Kingdom, inflation has risen sharply in 2022 to the rate of 9.1 percent. Many of the reasons were outside of Boris Johnson’s control. Russia’s invasion of Ukraine, for example, has led to rises in oil prices and the cost of food. And, while the government has taken some steps by cutting fuel duty by 5 pence per litre, it also went ahead with a tax rise in April. The Boris government said the tax rise would pay for health and social care, and changes that kicked in this week softened the blow – but anyone earning more than £34,000 a year will still pay more. “In the middle of the worst cost of living crisis for decades,” said Labour leader Sir Keir Starmer in April, “the government chooses to increase taxes on working people”. This decision by Johnson had immense criticism and many accused him of not being in focus while taking these decisions.

In the potentially fatal blow to the government of Boris Johnson in the UK, two of his most senior ministers, Rishi Sunak and Sajid Javid, resigned within minutes of each other on July 5, expressing a lack of confidence in Johnson’s leadership that sparked the start of the cabinet revolt.

They appeared to have been tipped over the edge by the latest scandal engulfing Johnson and his government, involving allegations that the prime minister promoted Chris Pincher, a political ally he knew had been accused of misconduct, to a key government position and then mischaracterized what he knew about it.

Having a senior cabinet member resign is a big deal in British politics, and Sunak and Javid were particularly in important positions. Sunak, as Chancellor of the Exchequer, was essentially Britain’s finance minister, responsible for handling the cost-of-living crisis facing millions of Britons. Javid was Britain’s health and social care secretary, leading the response to the Covid pandemic.

Both cabinet members in Boris government, Rishi Sunak and Sajid Javid are seen as potential replacements for Johnson, and they had strong words for him in their resignation letters. Sunak said: “The public rightly expect government to be conducted properly, competently and seriously. I recognize this may be my last ministerial job, but I believe these standards are worth fighting for and that is why I am resigning.”

He also implied that Johnson was not willing to be honest with the public about the costs of stabilizing Britain’s economy, which faces runaway inflation.

In parting words before parliament, Javid told Johnson and other lawmakers: “At some point, we have to conclude that enough is enough. I believe that point is now.”