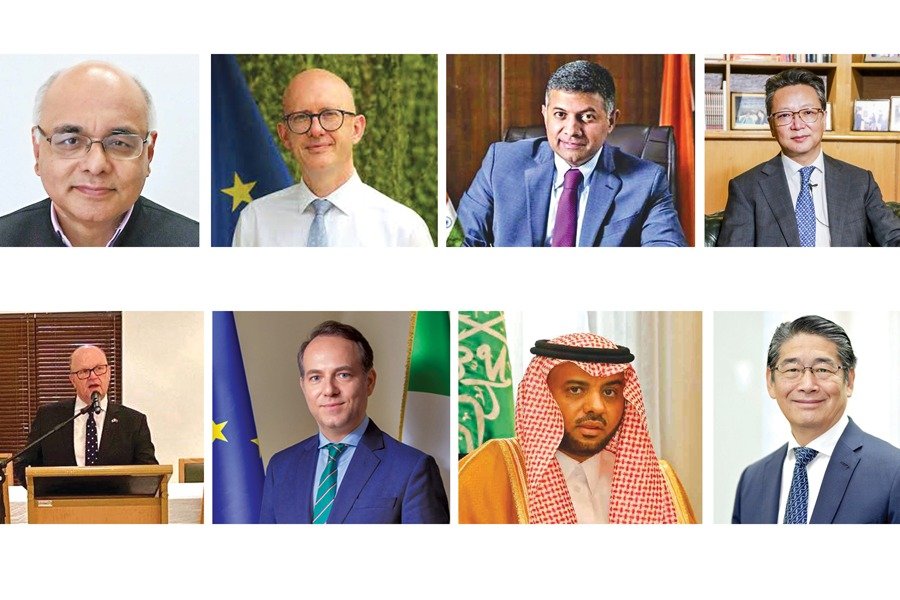 As a euphoric Bangladesh soaked in the festivity surrounding the opening of the 6.15-kilometre double-deck iconic Padma Bridge today (June 25, 2022), diplomats representing embassies and foreign missions gave their messages and statements marking the grand event – particularly focusing on how it would offer the connectivity dividend bridging the gap between Dhaka and other parts of the country, and propel Bangladesh’s economic growth. Here’s who said what about Bangladesh’s iconic bridge opening:

World Bank Vice-President Junaid Kamal Ahmed has termed construction of the Padma Bridge with domestic financing a “matter of glory” for Bangladesh, over a decade after the lending agency cancelled its promised funding for the project, smelling corruption, which eventually appeared unfounded. “The construction of Padma Bridge is a matter of glory for the country (Bangladesh),” Bangladesh embassy in Washington DC quoted him as he joined a discussion at the chancery at the US capital coinciding with the grand opening of the mega structure. He said Bangladesh’s connectivity witnessed a huge progress in the past few years and “the Padma Bridge has further improved the sector”.

The inauguration of the Padma Bridge is going to be an unforgettable moment for the country’s development. We look forward to using the bridge ourselves and to seeing what it does to facilitate people to people, family and commercial links. Congratulations, Bangladesh……… Ambassador and Head of Delegation of the European Union Charles Whiteley

The Padma Bridge will help contribute to greater connectivity between the two countries and in the sub-region supporting the BBIN initiative. From that perspective, as a country that has long valued the opportunity to increase connectivity across the sub-region, we in India will be delighted. Sheikh Hasina was proven correct in her decision to go ahead with the project and we look forward to the blessings of “connectivity, economic progress and easier travel” that will come as a result of this major breakthrough. The bridge is the connector of more than just business – connector of people, emotions and connector of cultures of Bengal……. Indian High Commissioner Vikram Kumar Doraiswami

Whenever I think of the bridge, 3 words come to my mind: courage, determination and prosperity. The Padma Bridge is a symbol of courage. Back in the days when the government of Bangladesh was conceiving the idea of the bridge, there were some complications regarding finance, technical viability and legitimacy of the plan. Some partners from abroad didn’t believe such a plan could ever materialize. Nevertheless, Prime Minister Sheikh steeled herself for all the doubts, pressures and allegations, and decided to build the bridge with Bangladesh’s own finance, which required tremendous courage and a strong sense of political responsibility……. Chinese Ambassador Li Jiming

The Padma Bridge is a major achievement by and for Bangladeshis which should make all of them proud. The bridge should give a significant boost to the national economy by reducing travel time and making it easier for people to move around the country, to conduct business and to see their families. “The bridge should also make it easier to connect Bangladeshis more efficiently with and drive economic growth in the dynamic Bay of Bengal region”……. Australian High Commissioner Jeremy Bruer

I admire Prime Minister Sheikh Hasina for taking the revolutionary step of self-financing to build the Padma Bridge. Padma Bridge is a unique project nationally and internationally and it will help Bangladesh think beyond and build more infrastructures in the future. It (Padma Bridge) is one of Bangladesh’s most significant achievements that helped accomplish the people’s dream…….. Saudi Arabian Ambassador Essa Yousef Essa Al Duhailan

Japanese Ambassador to Bangladesh Ito Naoki has congratulated the people of Bangladesh on successfully completing Padma Bridge project marking its grand opening. In a Twitter post on Saturday (25 June), he said, “Congratulations, Bangladesh! HPM Sheikh Hasina said on the basis of survey done by Japan to select Mawa as the bridge site, she laid the foundation stone of the #PadmaBridge on July 4th 2001.” The ambassador also expressed satisfaction highlighting JICA’s involvement in the project.

US should ensure fair elections in their country: Joy