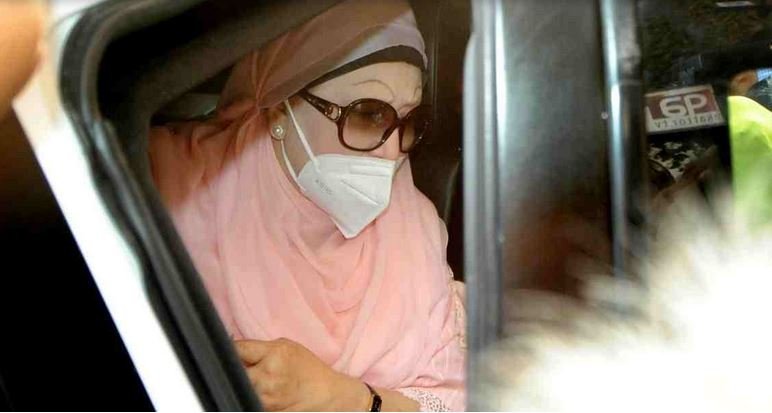 BNP Chairperson Khaleda Zia has been kept under close observation for 72 hours by the doctors at Evercare Hospital in Dhaka after two additional blocks were diagnosed in her blood vessels and other health complications.

Her personal physician Dr AZM Zahid Hossain today said, “Three blocks were found in the angiogram Madam [Khaleda] underwent yesterday.”According to him, “One of them was a 95 percent block in a main vessel on the left side of her body, which led to the heart attack… stenting was done immediately after the angiogram on that vessel.”

“She is currently under close observation by cardiologists at the CCU. Doctors say it would not be right to comment on the procedure or her condition before 72 hours have passed since the operation. That is why they are waiting to comment.

”Regarding the two remaining blocks, the doctor said:“The other two blocks will be dealt with after monitoring her condition. She has chronic kidney disease, chronic liver disease. If she takes the medicine, there is a chance it may worsen the condition of her kidneys. That is why they have not worked to remove the other two blocks.”“The panel looked at various aspects of the situation and then stented the vessel that was causing the most difficulty for her. In order to overcome the acute emergency, the procedure was done yesterday.”

“Doctors always keep an eye on their patients’ treatments. They are checking up on her from time to time.”“They are not allowing anyone to see her, not even her family. We are not going to see her very regularly either. We are trying to give as much support as we can from outside.”

The family of Khaleda Zia have asked the people to pray for her immediate recovery, Dr Zahid said.She underwent angioplasty with stenting at Evercare Hospital on Monday.

The BNP chief suddenly fell ill in the wee hours on Saturday and was rushed to the private facility.The 76-year-old former prime minister had a ‘routine’ health check-up at the private hospital on Apr 6 as she has been suffering from arthritis, diabetes, kidney, lung and eye issues for a long time. She was diagnosed with COVID-19 and spent 81 days in hospital care last year. She also experienced bleeding in the digestive tract and liver cirrhosis later in November.

Khaleda was convicted in two graft cases and was taken to jail three years ago. In April 2020, in the light of the COVID pandemic, the government granted a request from her family for a conditional temporary release from jail for “humanitarian reasons”. She has since stayed at her Gulshan home under the care of her personal doctors and has had limited interaction with others.