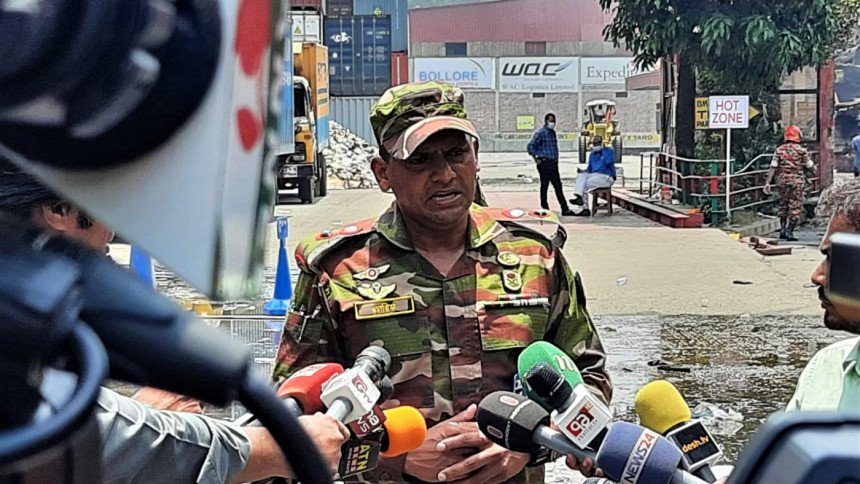 The devastating fire at BM Container Depot in Sitakunda of Chattogram has finally come under control after 60 hours of hectic efforts by fire service and army personnel.

Although some of the depot’s containers were seen still burning slowly, there is no risk of an explosion or a major accident, confirmed the Bangladesh Army.

Lieutenant Colonel Mohammad Ariful Islam Himel (PSC), commander of the 18th brigade of the 24th Infantry Division of the Army, confirmed the matter while briefing journalists in front of the main gate of the BM Depot tiday (Tuesday, June 7).

Lieutenant Colonel Ariful Islam said that the fire at the depot had been under control since Monday (June 6) afternoon. However, fire was still burning in several containers inside the depot. The army is cooperating with the fire service to put out the fire by every whit.

In the briefing he said, “Already most of the containers filled with chemicals have been identified and removed to a safe distance. As a result, there is no risk of an explosion or a major accident.

Bangladeshi elected MP twice in a row in Canada

Jammu and Kashmir: From Conflict to Conciliation