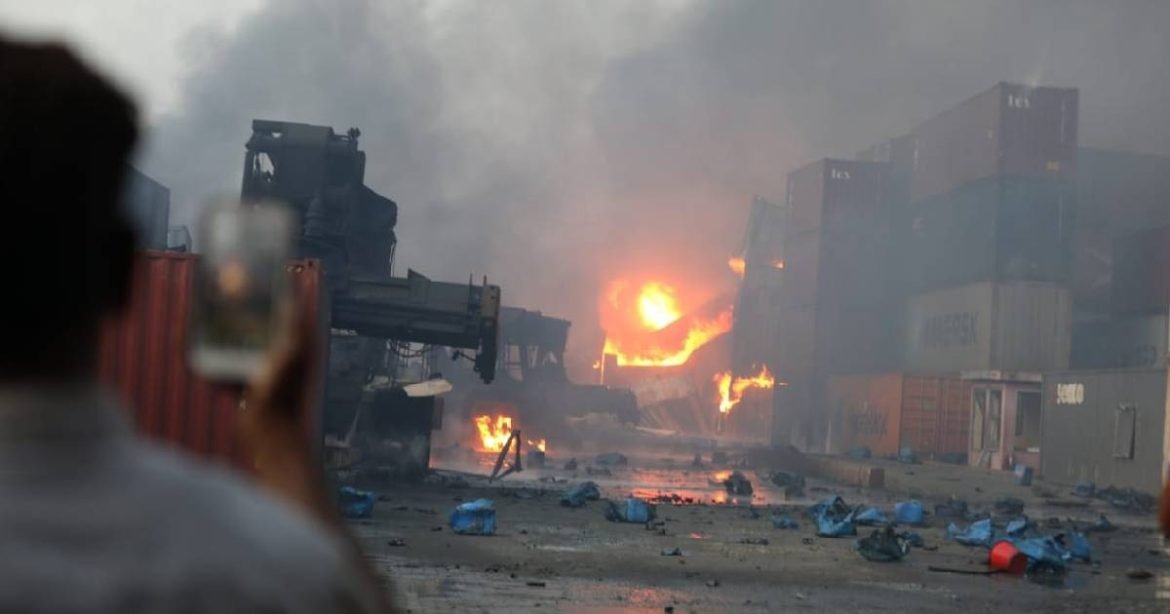 A seven-member investigation committee has been formed to probe the Sitakunda fire. The committee to be headed by Director (Training, Planning and Development) Lt. Colonel Md. Rezaul Karim, PSC and Member Secretary of the Chattogram Division Deputy Director, Anisur Rahman.

This information was given by Shahjahan Sikder, Officer-in-Charge of Media Branch of Fire Service and Civil Defence on June 5.

A huge fire broke out at the BM container depot adjacent to Kashem Jute Mill at Sonaichhari in Sitakunda around 10 pm on June 4. In that fire, an area about five kilometres was shaken by a huge explosion in a chemical container. The walls and windows of nearby houses were collapsed. The fire at the BM container depot still not come under control after 14 hours. 29 units of fire service are currently working to control the fire. The death toll from the fire has risen to 41, including six firefighters. More than 400 people, including police and firefighters, were burned and injured.

The injured are being treated at different hospitals including Chattogram Medical College. To handle the situation, doctors and nurses of all levels in Chattogram have been asked to cancel their leave and join the workplace.

Metaverse: The Prospects of a Reality Bending Future