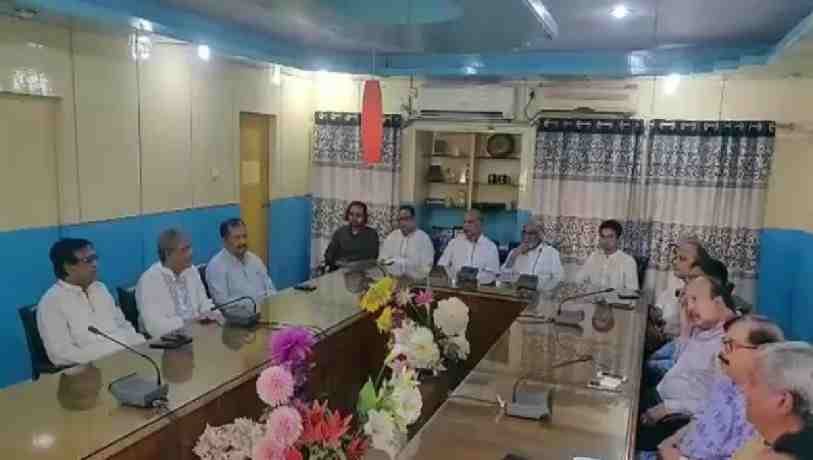 With elections in mind, Bangladesh Nationalist Party (BNP) has started pro-democracy talks with like-minded opposition political parties aimed at forging unity to launch a greater movement for, what the party said, restoration of democracy in the country.

BNP began the talks on May 24 with Nagorik Oikya. BNP Secretary General Mirza Fakhrul Islam Alamgir along with BNP leaders Abdus Salam and Jahiruddin Swapan went to Nagorik Oikya’s office and had one and half hours of discussion with Mahmudur Rahman Manna and his party’s senior leaders. Later, it was said that the party aims to talk to every opposition political party including Jamaat-e-Islami.

What’s the aftermath of discussion?

“We’ve started talks for waging a greater movement to restore democracy and people’s lost rights, including the right to vote,” said Fakhrul Islam after the meeting. He said that the lost rights can be restored only by establishing “a true government and parliament of the people after ousting the current fascist regime.”

“People of the country are expecting that the opposition parties will wage a fruitful and effective movement in unison and a change will come through it for establishing a government and parliament of people,” the BNP leader said.

He also said that they will also talk to other political parties and they hope that they will be able to initiate a joint movement by ending the dialogue quickly. “We hope we can do it very soon,” he added.Fakhrul said the main points of their discussion were the restoration of democracy, establishing a polls-time neutral government based on the opinions of the political parties, reconstituting the Election Commission, forming a national government, release of Khaleda Zia and all other opposition leaders arrested in fictitious cases, withdrawal of those cases and stopping repression on opposition leaders and activists.

“We held an effective discussion in a cordial environment. We hope our talks with other parties will also be fruitful and we’ll be able to present a movement programme very soon,” he said.

Nagorik Oikya convener Manna said they discussed the basic issues of waging a movement. “All opposition parties in the country are saying that a fair, good, acceptable election can’t be held under the current government.” On this basis, he said they will continue a movement until achieving victory for establishing a neutral government to hold a credible national election. “We are considering this meeting as a step towards launching a greater movement,” he added.

Pro-democracy movementEarlier on the same day, Fakhrul at a press conference at the party chairperson’s Gulshan office announced to start the dialogue. The senior BNP leader said their party’s standing committee took the decision at its virtual meeting on May 23.

He said they will talk to the political parties and finalise the outline of a united movement through the discussions. The BNP leader informed that they will sit with other opposition parties in phases.Asked whether they will hold a discussion with Jamaat-e-Islami, Fakhrul said they want to talk to every party, including Jamaat. Responding to another question, he said they are not going to call their new political platform an alliance. “The format will be finalised through discussions.”

GOVT DECIDES NOT TO HOLD JSC-JDC EXAMS THIS YEAR