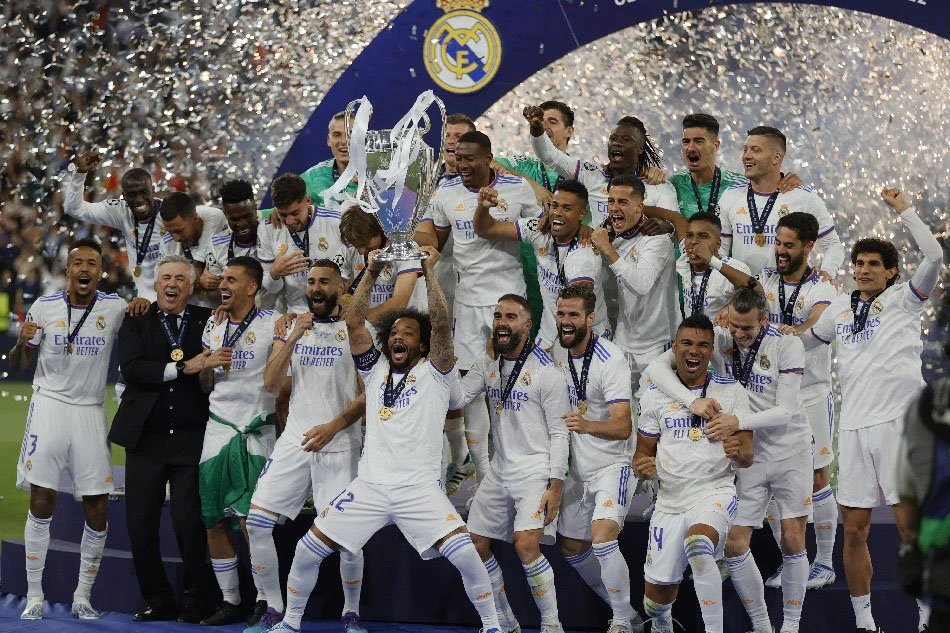 Vinicius Junior scored the only goal of the game as Real Madrid beat Liverpool 1-0 in Saturday’s Champions League final in Paris to become kings of Europe for a record-extending 14th time after a night marred by problems outside the ground that led to the kick-off being delayed by over half an hour.

The Brazilian winger turned in Federico Valverde’s low cross in the 59th minute at the Stade de France and Liverpool could not find an equaliser as Jurgen Klopp’s side lost to the Spanish giants in a Champions League final for the second time in five seasons.

Liverpool will wonder what might have been had the outstanding Thibaut Courtois not pushed Sadio Mane’s shot onto the inside of a post when they were on top in the first half, as they fell short of a trophy treble.

Winners of the English League Cup and FA Cup this season, they just missed out to Manchester City for the Premier League title and were denied a victory here which would have put them level with AC Milan on seven European Cups.

“These boys played an outstanding season. The two competitions we couldn’t win, we didn’t win for the smallest possible margin,” said Klopp.

Instead Real have a fifth Champions League in nine seasons to go with their Spanish title, as Carlo Ancelotti becomes the first coach to win European club football’s greatest prize for a fourth time.

Ancelotti was also in charge of Real when they won the 2014 final having triumphed with AC Milan in 2003 and in 2007, the latter victory coming against Liverpool.

“We managed the game very well,” said Ancelotti, who called himself “a record man”. “I had luck to come here last year and have a fantastic season. A fantastic club, a really good squad with a lot of quality and mental character,” he said.

Yet another passenger plane goes missing in Nepal