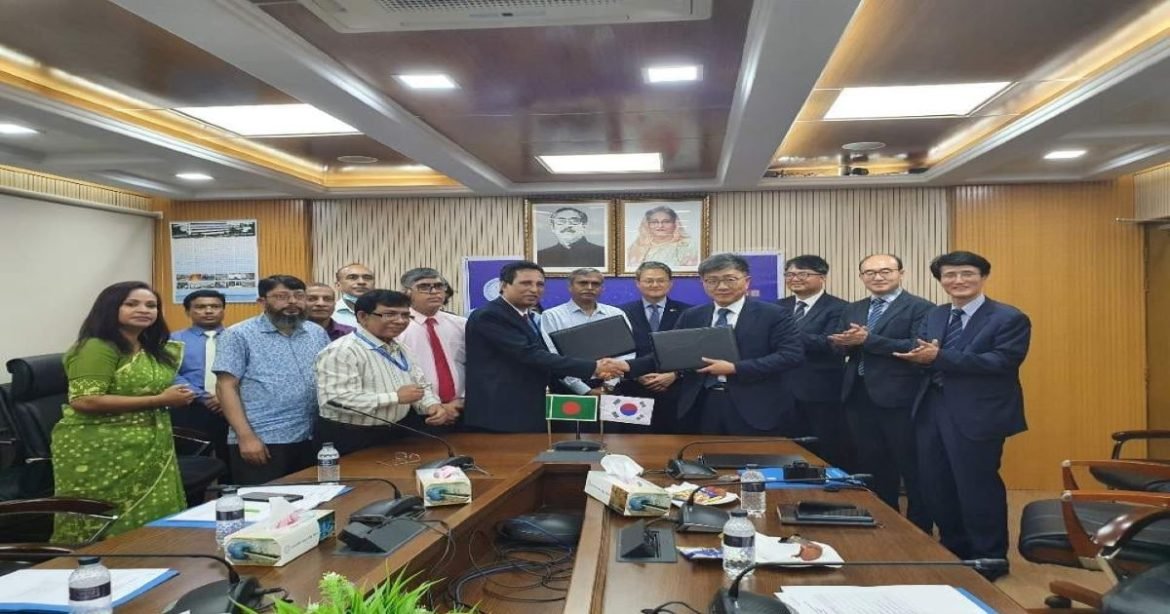 Bangladesh Atomic Energy Commission (BAEC) and the Korea Atomic Energy Research Institute (KAERI) have signed a memorandum of understanding (MoU) for the collaboration in the peaceful use of nuclear energy.

The signing ceremony was held at the BAEC building in Dhaka on May 25. Dr Park Won Seok, President of KAERI, Dr Md. Azizul Haque, Chairman of BAEC, Lee Jang-keun, Ambassador of the Republic of Korea to Bangladesh and other officers of BAEC and KAERI were present at the event.

According to the MOU, KAERI and BAEC will strengthen cooperation in various aspects of peaceful utilization of atomic energy, including development, utilization and upgrade of research reactor, production and application of radioisotope, development of radiation technology, neutron science and management of nuclear/radioactive waste.

South Korea expects that the signing of the MOU will provide important momentum to take the existing collaboration between the two agencies to a new height.

Mentioning that KAERI has established a solid infrastructure as well as operation know-how of research reactors through the development of HANARO of Korea, JRTR of Jordan, OYSTER of the Netherlands during the past 50 years, Dr Park Won Seok expressed his confidence in cultivating and strengthening trustful partnership in the peaceful use of nuclear energy.

Ambassador Lee Jang-keun stressed that the signing of the MOU today has a significant meaning in the relations between Korea and Bangladesh as it opens a new avenue of promising collaboration in the field of nuclear energy and science.

Reminding that the two countries will celebrate the 50th anniversary of diplomatic relations next year, he mentioned that both countries are making efforts to diversify areas of cooperation based on the successes in the fields of RMG, human resources development, health and ICT during the past several decades.

Meanwhile, the delegation of KAERI is scheduled to visit the Bangladesh Training Research Reactor (BTRR) on May 26. This visit will be a follow-up step to a contract signed in July 2021 between KAERI and BTRR to renovate BTRR, which completion is due next year.