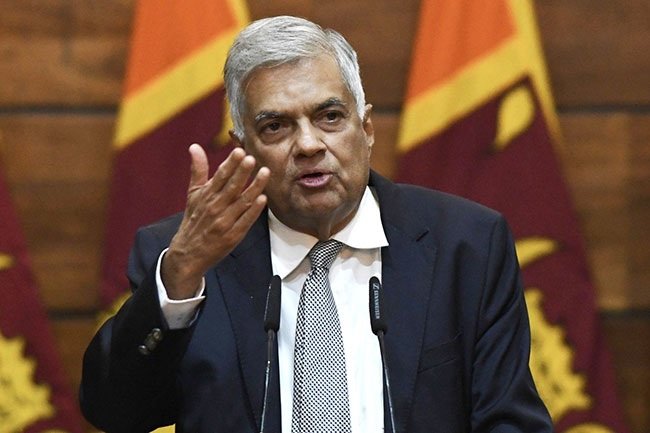 Crisis-hit Sri Lanka is set to embrace a new prime minister shortly to replace Mahinda Rajapaksa, who was banned from leaving the country after his supporters launched violent attacks on a protest against the country’s dire economic predicament.

The mooted new PM, Ranil Wickremesinghe, has already served in the office five times — but it remains unclear if he will be able to get any legislation through parliament.

In a televised address to the nation on Wednesday night, President Gotabaya Rajapaksa stopped short of yielding to weeks of nationwide protests calling for him to resign over the country’s worst downturn since independence.

But in a bid to win over opposition lawmakers demanding he quit before agreeing to any new government, the 72-year-old pledged to give up most of his executive powers and set up a new cabinet this week.

“I will name a prime minister who will command a majority in parliament and the confidence of the people,” Rajapaksa said.
The president’s brother Mahinda Rajapaksa resigned as PM on Monday after his supporters attacked anti-government supporters who had been protesting peacefully for weeks.

This marked a turning point and unleashed several days of chaos and violence that killed at least nine people and injured more than 200, with dozens of Rajapaksa loyalist homes set on fire.

Mahinda has since fled the capital Colombo and taken refuge at the Trincomalee naval base in the country’s east coast.
A court banned him, his politician son Namal, and more than a dozen allies from leaving the country on Thursday after ordering an investigation into the violence.

Security forces patrolling in armoured personnel carriers with orders to shoot looters on sight have largely restored order.
A curfew was lifted Thursday morning — only to be reimposed after a six-hour break allowing Sri Lanka’s 22 million people to stock up on essentials.