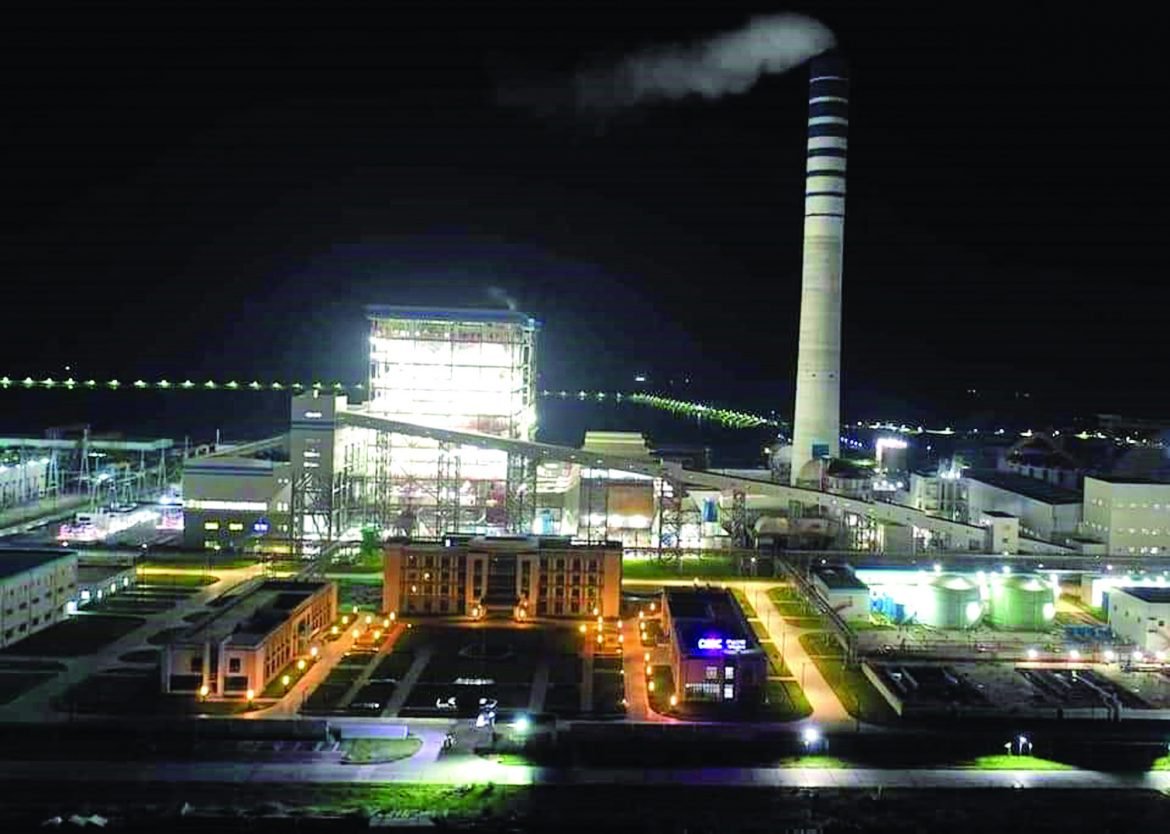 ‘Development’ is a political phenomenon in Bangladesh. The current government is thought to be highly motivated by a philosophy called ‘less democracy and more development’, which refers that we have made significant concessions to democracy for hankering after ‘development’! Bangladesh’s development narrative is being attributed to several flagship mega projects. Instead of investing massive grants in intangible human development elements, quality life, mass transportation, respectful employment, universal health coverage, quality education, unemployment benefit and other meaningful social safety allowances, the government ‘only’ focuses on tangible aspects that are visible to the naked eye. The ever-rising question is: are the mega projects of Bangladesh going to be boon or bane?

The development can’t give us an explanation for the growing wealth inequality in Bangladesh. It does not relate to ordinary people’s sufferings behind the TCB’s grocery trucks, continuous energy, and commodity price hikes, declining working environment, growing job risk, and poor wages in the private and informal job market, which is 89% of the total labour market. The living standard of the common people does not represent the scale of mega project-based development narratives of the government. Now let’s dive deep into some of the mega projects of Bangladesh.

The road lanes of the Padma river bridge are assured to be inaugurated by this year, while the single rail track is to be commenced later. The inclusion of a single rail track has caused some technical and cost impacts on the state-of-the-art river bridge of Jamuna, which is suffering from cracks and needs costly maintenances after a certain duration. Yet, it seems like we have not learned enough from it. To avoid this, the Padma river bridge is made as a brass bridge, which has doubled the cost of the mega structure. The absence of double rail tracks will cause significant travel delays and traffic jams too during technical issues. As like the ongoing Jamuna rail bridge, probably a new Padma rail bridge, too, has to be built. Hence the cost-benefit of the current road-rail combo bridge do not fit into the future purpose.

Due to lack of both accountability and technical expertise, various projects including the Padma Bridge suffered from wrong design and poor-quality feasibility studies. Complications arose in the design of 14 pillars of the Padma Bridge in 2016. A thick layer of mud was discovered at a depth of 360 to 400 feet just below the end of the piling of the pillars. The following year, the design of eight more pillars experienced the same problem. As a result, one of the mega projects of the country was delayed for three years. It happened as the soil quality was not tested at the bottom of all the 42 pillars prior to preparing the main design of the Padma Bridge. Design inputs were copy-pasted from only 11 actual test piles. Meanwhile, there remain errors in the feasibility study and design of the Padma Rail Link project too. The via-duct plan of the Padma rail track was also found faulty. Similar errors were found in the design of the Rupsha Railway Bridge, which is part of the Khulna-Mongla Port Railway Project. Not only the Rupsha railway bridge, but also the Khulna-Mongla port railway section has design defects. Design issues were reported in Dhaka-Mawa four lane, Dhaka-CTG four lane projects too. The 55km-long Dhaka-Mawa-Bhanga highway is the most expensive highway in the country as well as in the world, where more than 200 crore taka were spent per kilometre. Even the most expensive road in the world is not able to generate revenue as the toll plaza is not ready. Every such project experienced multi stage expenditure hike. We can name Joydevpur-Tangail four lane project, where the government showed 46 crore savings to show up project implementation efficiency after increasing Tk 3,426 crore beforehand!

Bangladeshi mega projects do not follow a standard practice of design review and implementation quality verification. For example, the Moghbazar-Mouchak flyover was designed with left-hand-driven vehicles in mind. And the flyover has been built according to the wrong design. Design and implementation mistake is the image of almost every medium and large project in the country, which delays the revenue-generating phase of the projects. It increases the duration of project implementation and has a significant impact on local & foreign currency costs. Increasing hundreds and sometimes thousands of crores of Takas in almost every mega project has become normal, whereas our state does not get sufficient money for building and expanding schools and hospitals. The other side of the coin is: the mega structures are being constructed by mostly the foreigners. Hence, they do not transfer knowledge and do not propel local employment.

The Padma Bridge is expected to contribute a delta of 1.23% GDP growth in the Bangladesh economy connecting a minimum of eight districts directly with the capital. But looking at the toll rate, we fear that the pre-calculated utility benefits might not be achieved. Because it’s about 1.5 times that of the ferry. During congestions or natural disasters, vehicles from other routes like the Paturia-Goalanda Ferry Terminal might choose to enter the capital using the Padma river. Hence there should be a fair balance between the fuel consumption and toll rate considering the alternative routes. The Padma Bridge will not only facilitate communication, but also will create economic benefits in several sectors including agriculture, fisheries, emergency healthcare, and industry. But if the toll is high, it’ll dry up the increased economic benefits expected from the bridge.

As we know, Payra is a river port with a seaport flavour. The wide river channel of the Payra is a shallow one due to continuous sedimentation from the mighty Himalayan rivers. The Japanese feasibility study says it needs continuous capital dredging to keep the port active. But this message has been overlooked by the local planners and politicians. Imagine a 40-nautical-mile-long, 220-meter-wide area that needs dredging up to 10 meters on a regular basis! Demanding 300 to 500 million dollars annually. The JICA report explicitly says ‘these expenditures would not be feasible.’ After spending a few thousand cores of takas, lending 5000 crores from the foreign currency reserves for capital dredging, the government has lately realised that it by no means could become a deep seaport. Yet they are moving with it as a regular seaport. In the end, it seems like it’s going to be a landing station for the old submarine bought from China a few years ago. Besides, it would be used as a coal hub for thermal power plants. The question is, will exploiting public money in such unfeasible projects pay off in time? Will Payra Port be able to earn 5,000 crore taka in 20 years or so?

Bangladesh’s largest ever infrastructure project is called the Rooppur Nuclear Power Plant. The construction period has been extended in several phases and it was planned to start generating 1,200 megawatt of electricity in 2021 and 2,400 MW by 2022, 4000 MW promised by 2030. The reality is, the first reactor has been installed, but as of now, there is no electricity transmission line designed and built yet. So even if the reactor gets ready, it won’t be able to move into production. Hence the project may face financial loss from the very beginning of its journey. The government will have to pay capacity charges against the idle plant. The same has happened in the case of the recently-inaugurated Rampal thermal power plant, a widely controversial coal-based power project in the vicinity of the Sundarbans. The transmission line is not yet ready for the full capacity, but the government has to pay expensive capacity charges.

The cost of construction of the RNPP has been estimated at Tk 1,13,000 crore. Russia is providing 90 per cent of this money as loan assistance. As Russia’s state-owned VB Bank, together with some other Russian banks has been banned by the West, including the United States, in the wake of the Ukraine war, there are rising concerns about the project’s production and operation capability. There is widespread ambiguity about its ultra-high-cost model (survey, plant installation, uranium purchase, operation) as opposed to international cost standards of similar projects running in India and Indonesia. In addition, sustainable development activists and intellectuals in particular are puzzled by the ambiguity of nuclear waste management. According to the IAEA policy, each country has to take responsibility for its own nuclear waste. Uranium-rich countries or sources of supply countries do not have any obligation to take back such wastes. Russian also did not promise anything about this waste management. Until now, Bangladesh has not been a party to the International Convention on Nuclear Waste (Convention on the Safety of Spent Fuel Management and on the Safety of Radioactive Waste Management 1997).

Electricity is much needed for a growing country like Bangladesh, yet we see there is no parity between production and distribution. Even though we have around 25,000 MW production capability, we can transmit a maximum of 14,000 MW. Having so much redundant capacity, Bangladesh is still purchasing a few thousand MW of cross-border electricity from India. The country could not yet reach a 5% mark of non-nuclear green electricity production! In the growing climate change worries, the construction of many private and public coal-fired power plants is currently underway. The production capacity of these coal-fired power plants will generate 9,618 MW by the end of the decade.

We noticed that the government has extended five unnecessary rental and quick rentals which has not produced electricity for over a year. Over 12 years, the PDB has paid Tk 76,287 crore in electricity generation. Only rental power plants cost Tk 2,726 crore per annum. The issue is: this public expenditure is not paying off the promised economic utilities. And that’s the reason we do not see the reflection of the development narratives into the common people’s improvement of livelihood and employment.

There are some other mega projects like Karnafuli Tunnel, Chattogram-Cox’s Bazar-Ghundhum railway, Mawa-Payra railway, Matarbari deep seaport, Moheshkhali power plant & oil refinery, Chattogram bay port, Dhaka Airport terminal expansion etc. There are also plans to build five Metro Rail routes, including a BRT in the capital Dhaka, by 2035. Thirteen years from now, when all the Metrorail routes will be launched, only 17 per cent of the transportation pressure will be handled. This means that the traffic jam situation is not being solved completely even after so much development. The reason is: development is not integrated with decentralisation of the administration and the economy.

Many of these projects like Dhaka Airport Expansion and Chattogram Bay Port are highly necessary and due on time. Yet in the mix, we have quite some highly expensive but non-productive foreign loan-based projects too. As per the Bangladesh Bank, the country’s total public and private outstanding foreign loan is USD 90.7 billion as of December 2021. Hence the country must be sincere about port projects like Payra where there is the prospect of coming ships and Cox’s Bazar-Ghundhum railway where there is no possibility of Bangladesh-Myanmar train communication.

Bangladesh should be concerned about projects that do not generate revenue on time because at the end of the day it’s the public money and the remittance from where the government has to pay the interest premiums. Projects whose costs double, yet do not get ready in time are always a burden. We must integrate mega projects with utmost cost-benefit feasibility. The government and the bureaucracy administration must be capable enough to be efficient in quality and timely implementation. Otherwise, the mega infrastructure-based development narrative will not create much economic utility and employment opportunity as it promises; but wealth inequality will rise and debt service payment issues will intensify when the grace period of all the foreign funded mega project comes to an end.