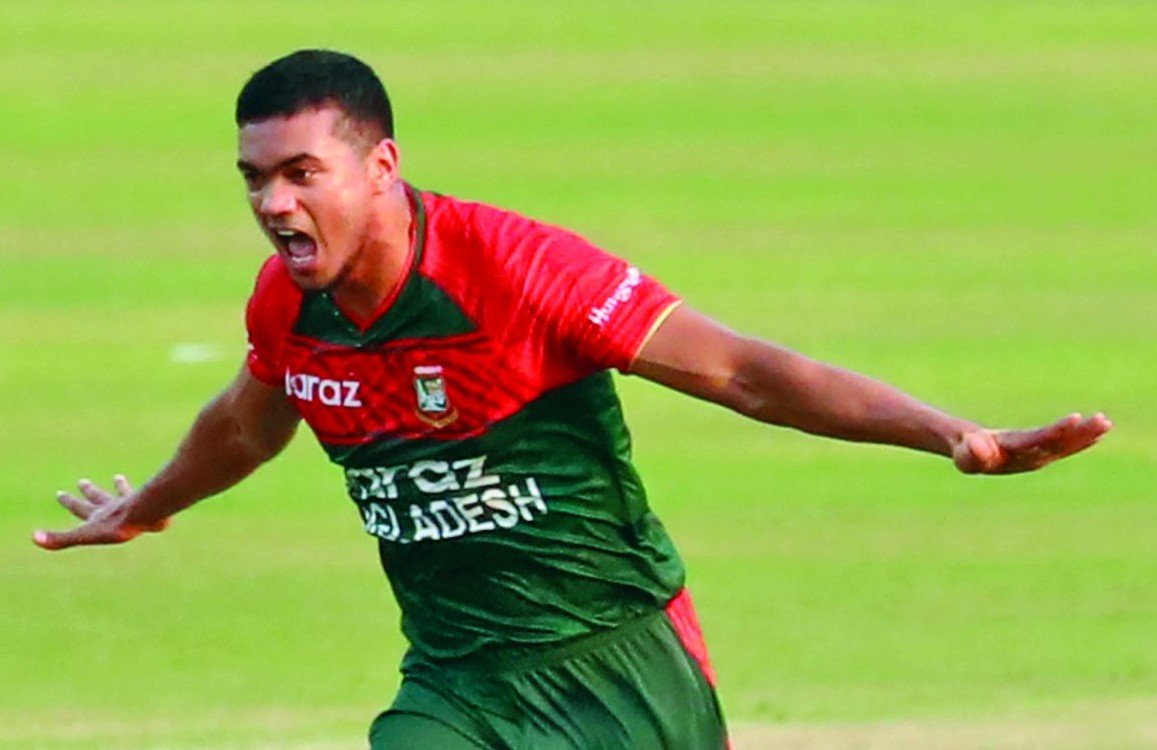 The cricket world doesn’t know his name that time. He has not become the popular face of Bangladesh yet. But in 2012, Taskin Ahmed became a YouTube sensation. Suddenly, a short video footage of him became viral all over the world, especially in England. The YouTube video shows a Bangladeshi fast bowler throwing the cricket ball like a bullet at the dead wicket of Bangladesh. In front of the boy’s bowling, the batsmen of England U-19 team are helpless. This raised a question, who is this fast bowler? Who is coming to shake Bangladeshi cricket!

Well, the name of that boy is Taskin Ahmed. On that day, in 2012, two years before his international debut, he was recognized all over the world with the YouTube video. However, the information that the world doesn’t know that time is that he was playing the youth team series against England with a knee pain. The pain which has plagued Taskin’s entire career and has kept him out of Test cricket for a long time.

Taskin’s enmity with this pain did not make the story any less. Taskin’s journey in the game of cricket, however, began with the longer version. He started playing three-day matches for the U-16 team against Kolkata in 2010. Over the next two years, he proved himself in age-based cricket. But, the first problem appeared in the Under-19 team series against England in 2012 as he injured his knee. He played with this injury till the beginning of 2013. But in the same year, he got a severe injury in the knee while playing in the BPL and eventually dropped out of cricket for a year and a half.

Due to the injury, he could not play in the 2019 World Cup even after being in top notch form. It is difficult to find a spectator who didn’t cry after seeing at Taskin’s crying scene as he wasn’t selected in the team.

Taskin has finally overcome all the pain. He left the pain behind and came back like the tiger he is. The current Taskin has come so far that an IPL franchise has tried their best to get him in the team. Needless to say, Taskin is now the best bowler in all formats for Bangladesh. Starting the journey by playing in Tests, what he is doing in ODIs is like a fiction novel.

Bangladesh Went to the tour of South Africa as an ‘underdog’ team. But, the team picked up the ODI series trophy at the end in which Taskin contributed with excellent bowling performance. In an interviews with PressXpress Taskin Ahmed talks about a lot of issues including his latest tour of South Africa.