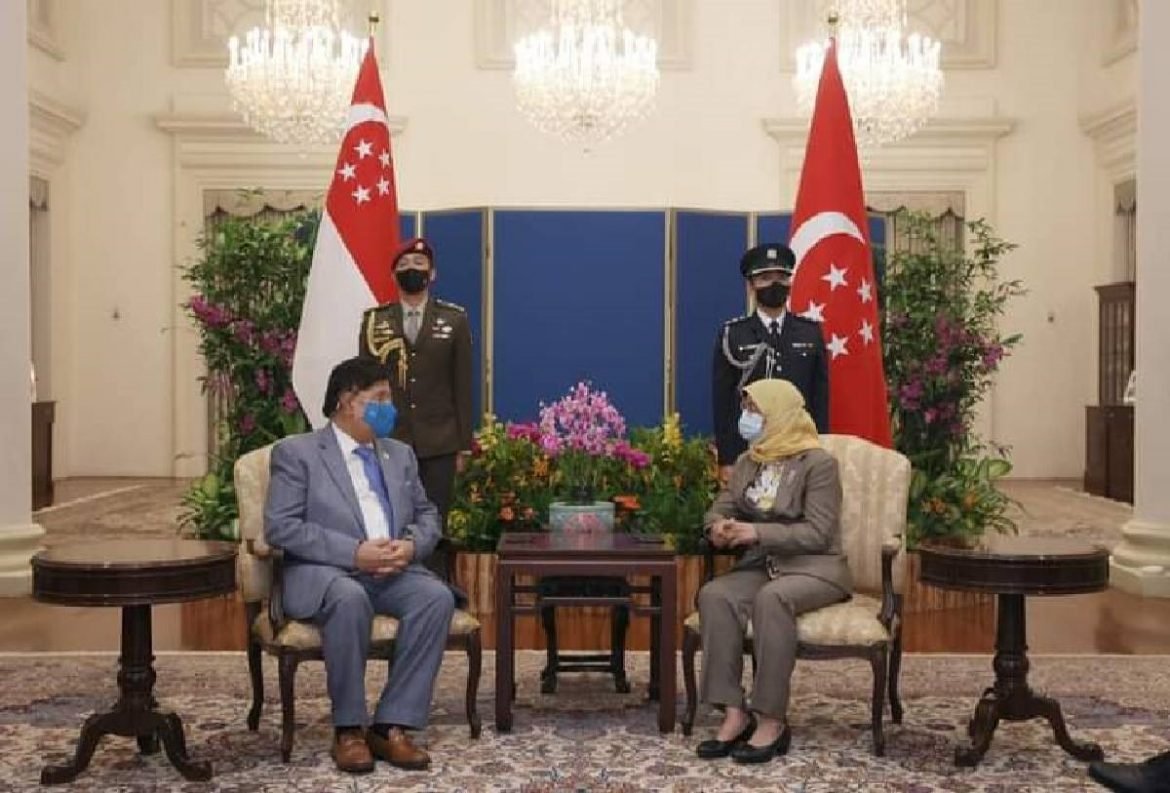 Bangladesh has put emphasis on signing a Free Trade Agreement (FTA) and enhancing regional cooperation with Singapore in a latest high-level meeting between the two countries.

Bangladesh Foreign Minister Dr AK Abdul Momen had a meeting with the Singapore President Halimah Yacob in Istana on April 19 when they discussed issues of mutual interest.Signing of FTA, expansion of Bangladesh’s labour market in Singapore, protection of expatriate workers, and training opportunities in various sectors including agriculture, industry, education, medicine, energy and ICT were discussed in the meeting.

Dr Momen is now on an official visit to Singapore, which coincides with the 50th anniversary of diplomatic relations between the two countries.

Appreciation of the progress

President of Singapore Halimah Yacob has said they are impressed by the ongoing development and progress made by Bangladesh under the leadership of Prime Minister Sheikh Hasina.

“We had a good discussion on bilateral cooperation including the opportunities for enhancing trade and investment between our countries,” President Yacob said in a post shared on her verified Facebook page. She said they also discussed regional and global developments.

The President of Singapore highly praised the Government of Bangladesh for providing shelter to more than one million displaced Rohingyas.

Momen stressed the need for continued international pressure on the Myanmar government to repatriate the displaced Rohingya to their homeland Myanmar and sought cooperation of the Singapore government, according to the Ministry of Foreign Affairs.

The President of Singapore hoped that the cooperation and communication between the two friendly countries would be further strengthened on the golden jubilee of Bangladesh-Singapore diplomatic relations.

Bangladesh denounces Quran burnings in Sweden: ‘Freedom of religion must be respected’

FM questions quality of US HR report on Bangladesh