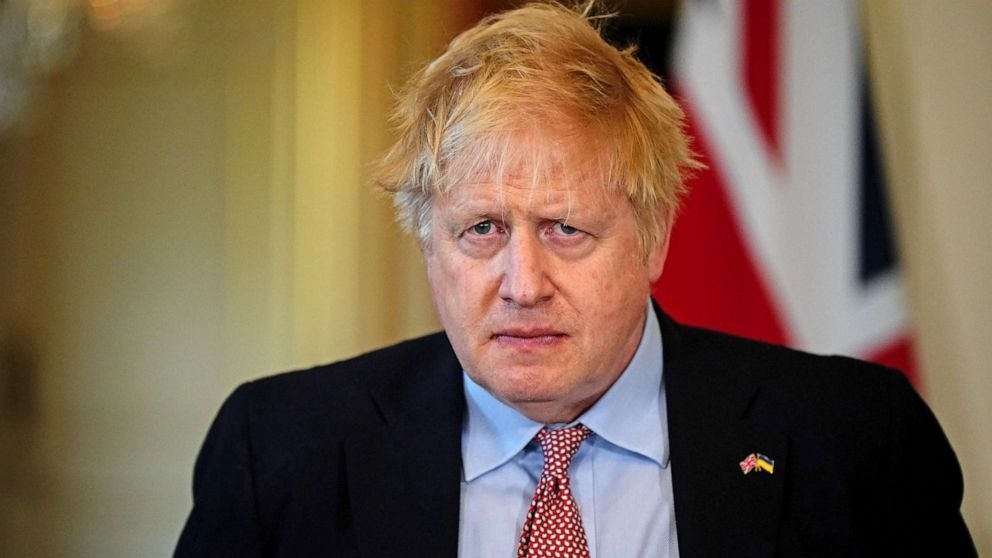 British Prime Minister Boris Johnson and Chancellor Rishi Sunak have been fined by the country’s metropolitan police for attending multiple parties in violation of restrictions during the Covid-19 pandemic. Opposition groups called the beleaguered PM to resign.

The news came after the UK Metropolitan Police said earlier on April 12 that it was issuing 30 more fixed penalty notices in relation to the “party-gate” scandal, which has angered many in the country and seen dozens of politicians and officials investigated over allegations that the government flouted its own pandemic restrictions.

British Metropolitan Police are currently investigating the allegations of overall 12 gatherings violating lockdown rules at White Hall and Downing Street. So far, 50 people have been fined. But the names of the remaining were not disclosed yet. However, the government has promised to release the names of Prime Minister Johnson and Sunak. That is why their fines were revealed.

Johnson, his wife, Carrie, and the Chancellor of the Exchequer Rishi Sunak have all been handed fines in connection with a host of lockdown breaches reported last year. Details as to how much the fines were worth, or which gatherings they were issued in connection with, were scant.

In addition, the Prime Minister’s residence at 10 Downing Street has also confirmed the issue of fines today (on April 13). However, journalists were not informed about specifically which party the two politicians were fined for.

Analysts fear the fine could make it harder for Boris to become prime minister in the next election.

Opposition Labour Party leader Rick Starmer has sharply criticized the incident saying “The Conservatives are not in a position to govern. Prime Minister Boris Johnson and Rishi Sunak have broken the rules and repeatedly lied to the British people. Both of them have to resign,” he said.

Liberal Democrat leader Ed Davy has called for a no-confidence motion against the prime minister. “This crisis-ridden government is neglecting a country in crisis,” he said.

Previously, during Covid-19 lockdown in the country on May 20, 2020, Boris Johnson attended a drinking party in the garden of the Prime Minister’s residence. This incident started countrywide public criticism. Opposition lawmakers have stated they will not participate in the by-elections, but will not resign. In that incident, five officials of the Prime Minister’s residence resigned.

Johnson is the first sitting prime minister in U.K.’s history to have broken the law while in office.