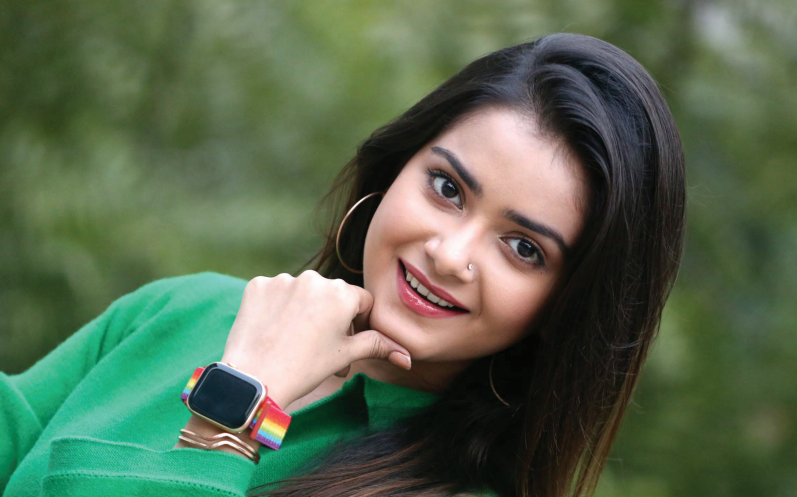 Tanjin Tisha is among the busiest stars of Bengali drama. She has been working successfully for several years. Starting her career through fashion shoots and ramp modelling, Tisha gained huge popularity by participating in an advertisement of Robi that served as a turning point in her career. From there on, she didn’t have to look back.

The star actress has not done any work for nearly two months due to personal issues. She explained that she could not do any work after her father’s death. However, she is planning for a new project. “I will start working soon. I will try to do something good,” she said.

In 2021, Tanjin Tisha was acclaimed for her work in the web film ‘Lohar Tari’ directed by Sanjay Samaddar, where this actress was seen as an exception. According to her, “my character in the Lohar Tari was quite challenging. I have never acted in such a role before. It was a different experience for me. I don’t know how much people liked it.”

Did Tanjin Tisha have to overcome any obstacles to come to today’s position? In this regard, the actress said, “there are difficulties behind the successful work of every woman. That’s normal. There are complications behind everyone, but you have to overcome them and reach the goal.”

Tanjin Tisha recently won the Best Actress award at the Women Warriors Awards and Expo. In response to receiving the award, she said, “I dedicate today’s award to the women who are constantly fighting and struggling.”

Who inspired you to move forward from the beginning of your career? According to this actress, every human being has an inspiration to reach a position. There is a lot of inspiration from my parents and relatives behind where I stand today. My mother has a lot of contribution, for which I reach today’s position.

Love or single life, which is better, in this context, she said, “the two are two kinds of fun. Both are good.” About relationship with Habib Wahid, she said, “that is a long time ago. I am embarrassed about it. But it was not wrong to fall in love with Habib. Trusting him was the biggest mistake of my life.”

Where we want to see Tisha? Answering this question she said, “I always want to act well. In fact, I don’t have a theatrical background, so acting is very challenging for me. I have to do a lot of work all the time. Trying to do better. Which brings me to where I am today.

What is Tisha’s advice about newcomers to the media? She answered the question saying, “I will tell the newcomers, stick to the work you like. If you like dancing, dance, if you like acting, act. In general, you have to be dedicated. If you stick to it, success will come.”

Liveability of Dhaka: Is DAP a Solution?

An acid test for Bangladesh Diplomacy