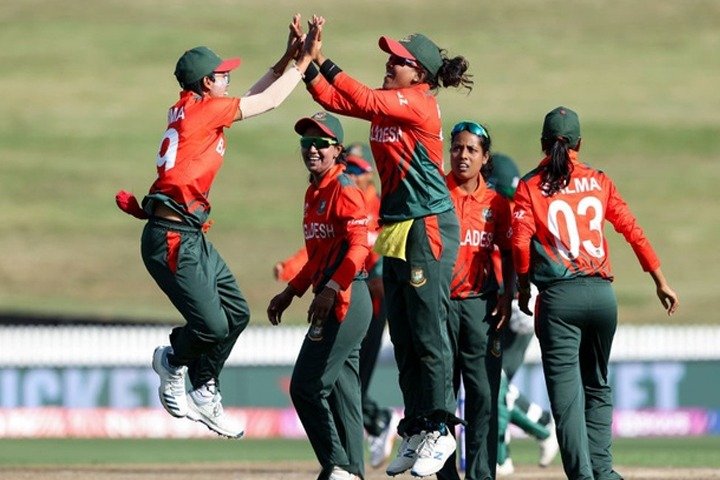 After losing the toss in Hamilton, captain Nigar Sultana Jyoti’s team scored 234 runs in 50 overs losing 8 wickets. Farzana Haque, who is at the peak of her form, also picked up a half century in this match. Farzana, who scored 52 runs in the previous match, scored 71 runs from 115 balls in this match. She hit five delightful fours.

Pakistan got off to a great start playing for victory. Nahida Khan and Sidra Amin formed a 91-run partnership in the opening. Nahida returned to the dressing room with 43 runs off 67 balls but Amin took the helm of the team with captain Bismah Maruf.

The pair scored 64 runs in the second wicket. Pakistan lost the momentum when the captain left with 31 runs off 48 balls. After grabbing the third wicket of Pakistan for 183 runs, Bangladesh started taking wickets one by one.

Sidra Amin scored a century but could not take Pakistan to the end. She returned to the dressing room as the ninth batsman after scoring 104 off 140 balls. In the end, Pakistan lost 9 wickets in 50 overs and scored 225 runs.

For Bangladesh, Fahima Khatun took three wickets and Rumana Ahmed two. Fahima Khatun was selected as the best player of the match.