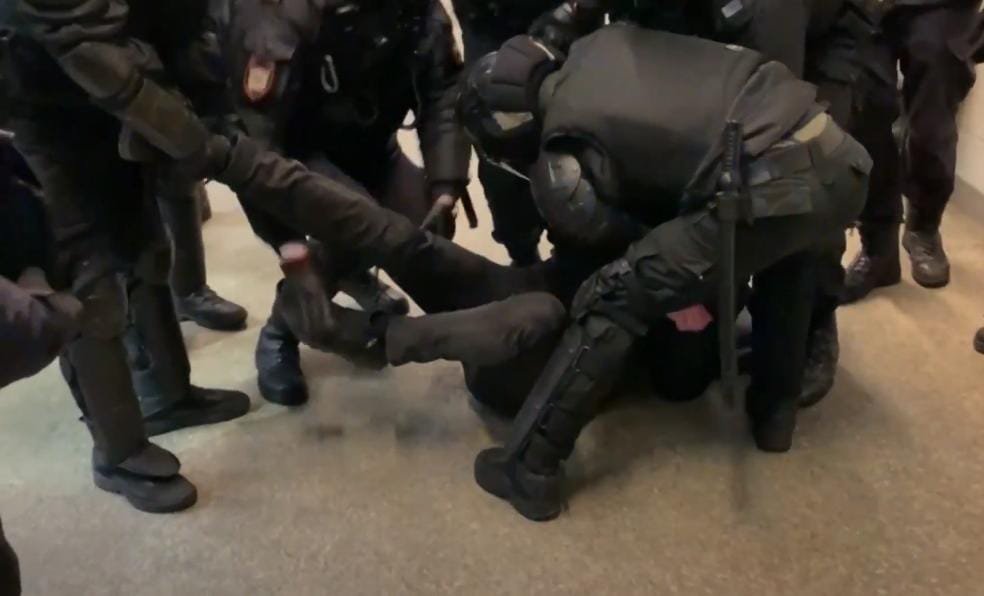 After Russian President Vladimir Putin ordered a military operation in Ukraine, thousands of people have started protesting against it.

“No to war!” the demonstrators screamed as they exchanged horrified reactions to the invasion of Ukraine.

• “No to war!” the demonstrators scream

• Most of the arrests in Moscow, St Petersburg

According to the OVD-Info monitor, police have made at least 1,702 arrests in 53 Russian cities as of Thursday evening. The majority of the arrests were conducted in Moscow and St Petersburg, which had the greatest crowds.

Valery Meladze, a popular musician, shared an emotional video in which he “begged” Russia to end the conflict. Fyodor Smolov, a Russian football international, said on his Instagram account, “No to War!!!”