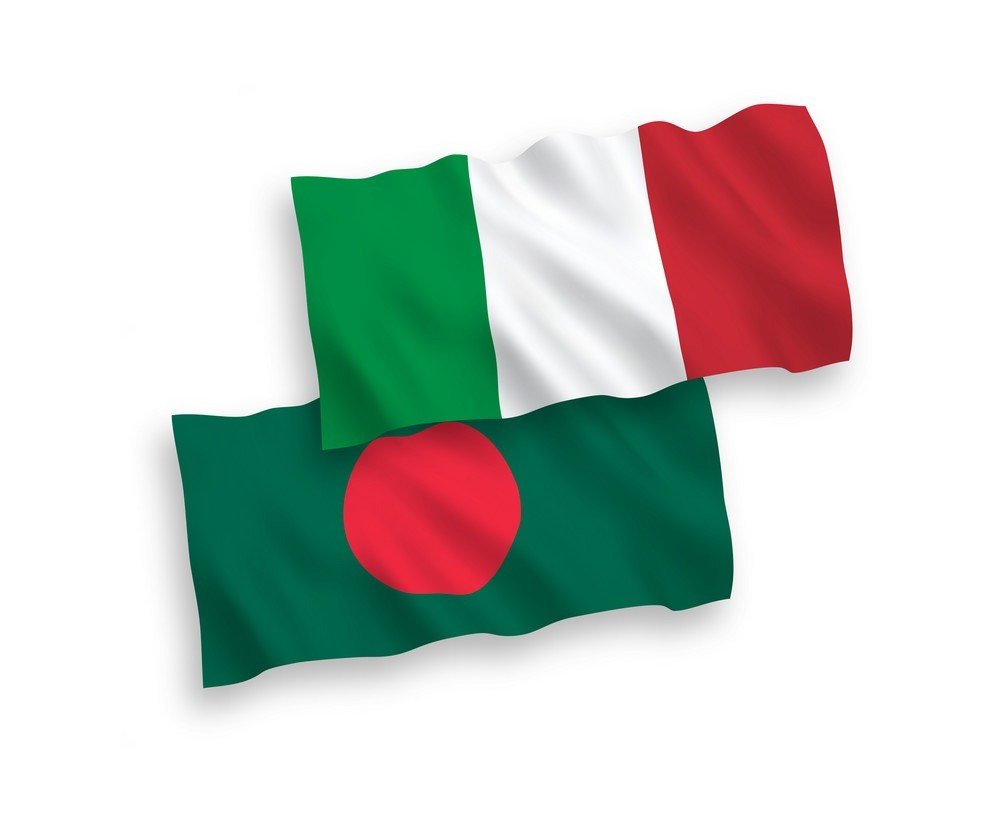 In 1973, the formal diplomatic ties between Bangladesh and Italy were established. Italy was one of the nations that supported Bangladesh’s admission to the United Nations. Since then, both the nations have exchanged a series of official visits to deepen bilateral ties.

In the recent past, Bangladesh and Italy have had good defence cooperation. Leonardo and Fincantieri, the two Italian military conglomerates, have expressed interest in forming joint ventures with our aviation and naval sectors. The contract to deliver communications equipment was granted to Leonardo and Fincantieri intends to modernize the Chattogram Dry Dockyard.

Bangladesh asked for Italy’s assistances in maintaining preferential access to the EU market for its exports even though we have graduated from the LDC’s category. During a meeting with BSIC, the Italian ambassador has expressed an interest in investing in Bangladesh’s leather sector.

After the United Kingdom, Italy is the second most popular destination for Bangladeshi migrants. It is believed that more than 150,000 Bangladeshis live in Italy. Bangladesh received the most remittances from Italy in FY 2020-21, totalling of $810.90 million.