Yet another record for Shakib Al Hasan 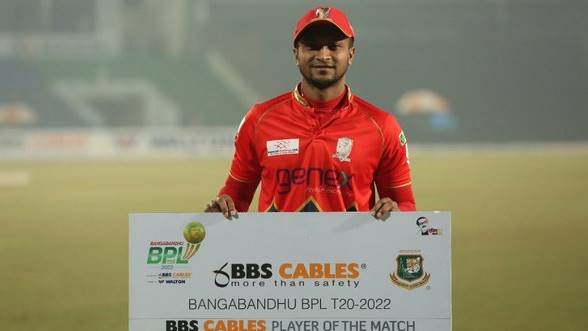 Ace all-rounder Shakib Al Hasan has become the first cricketer to win the Man of the Match award in five consecutive matches in the boys’ recognized T20.

In their last match in the group stage of T20 extravaganza BPL, Shakib last night became Barisal’s best match in the victory of Fortune against Minister Dhaka.

He already holds the record for most Man of the Match in the BPL, this time taking it to 14. Mahmudullah, who is in the second position, has been the best in the match 9 times.