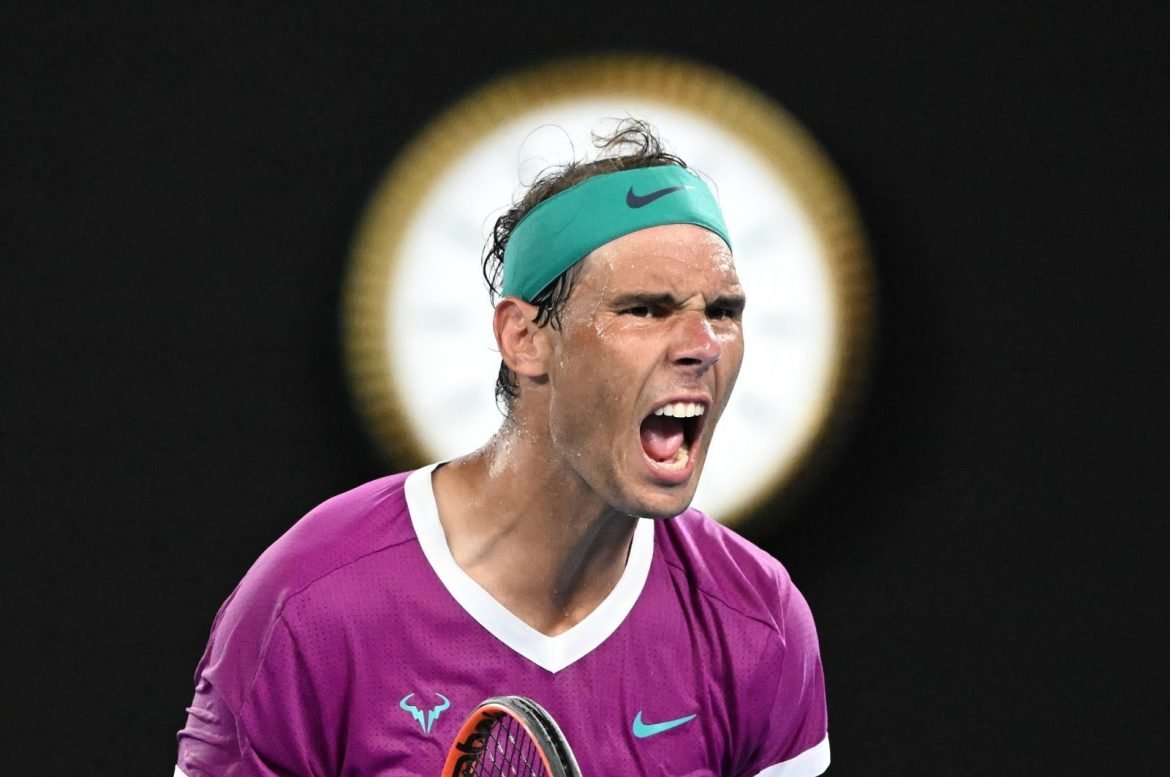 Rafael Nadal’s victory over Russian Daniil Medvedev in the latest edition of Australian Open will always be remembered as one of the greatest feats in the history of sport. Nadal performed the feat of winning one of the four most important tournaments in the world after losing the first two sets, a historic comeback that requires great doses of concentration and extraordinary mental strength.

With his victory in Australia, Nadal becomes the most successful tennis player in history, having won 21 Grand Slam tournaments. To his undeniable mastery in clay court, which has allowed him to be the tennis player who has won the most times at Roland Garros, Nadal adds a capacity for sacrifice and versatility resulting from an imposing physique that have led him to dominate on other more technical surfaces as well, like the one in Australia.

Nadal also became only the fourth man to win each of the four Grand Slams twice and the third oldest man in the Open Era since 1970 to win a Grand Slam title – only behind Ken Rosewall and Federer.

The previous decade in Australia has been one of disappointments for the Spaniard, having lost four finals, including two from winning positions. A repeat seemed in the offing when deep in the fifth set he failed to serve out the match. But such was the rarefied heights he reached that he quickly left a bad service game behind, relaxed into the moment and earned another opportunity for a shot at history that he would not miss.

It crowned an extraordinary effort from Nadal at the year’s opening major, having to modify his game to compensate for a degenerative bone disease in his left foot that ended his 2021 season last August. He then caught Covid in December which, he said, made him “very sick”. Constancy and effort, resistance and will, perseverance and spirit are the traits of a sports career in which Nadal has conceded victories and defeats with equal ease, without being smug about the former and without blaming anyone but himself.

It is worth repeating that Nadal is a paragon of the tennis culture of his country. It’s a miracle that Nadal competed for 5 hours and 24 minutes to beat an opponent who is 10 years younger than him. As tennis lovers, we should consider ourselves very lucky to witness an era where three men have now won 61 grand slam trophies among them.

This Australian Open shall not be easily forgotten. The Australian Open 2022 gave us one of the best sporting spectacles. The men’s single final was the second-longest Grand Slam final in the history of tennis, and during the presentation ceremony, one of the greatest athletes in history had to sit on a chair on the court because of the effort he had just put in during the five-set marathon. We are living in the best era of men’s tennis.

After winning his 21st Grand Slam, Nadal received congratulations from Roger Federer and Novak Djokovic on social media. “What a match! To my friend and great rival@RafaelNadal, heartfelt congratulations on becoming the first man to win 21 grand slam singles titles,” wrote Federer. “A few months ago we were joking about both being on crutches. Amazing. Never underestimate a great champion. Your incredible work ethic, dedication and fighting spirit are an inspirational to me and countless others around the world.”

Moreover, tennis legend John McEnroe is of the opinion that Rafael Nadal has the best chance among the Big 3 to win 22 Grand Slam titles. Uncertainty looms over Novak Djokovic’s future due to vaccination mandates and Roger Federer is still recovering from knee surgery. The American was therefore certain of Nadal reaching the milestone before the other two.

The strangest beauty Nadal exhibits are his tics, his routines. They are frequent in appearance and number and delineate the moments of his existence on court. And he always fits them in. During the changeovers, he sits, shaking his leg, knitting his brow, restless and antsy to get on with it. He paces, he picks; he exudes an impatient, relatable, frenetic sense of perfectionism; he steadfastly (re)aligns his water bottles.

Leading the grand slam tally, Nadal has positioned himself in phenomenal standing to keep adding to his haul. The next grand slam is the French Open, where he has won an incredible 13 titles, and he’s poised to get his crown back after watching Djokovic oust him last year. The Spaniard said that he was taking inspiration from his hard-fought win in Australia to keep going.

Win that and he would move two clear of Federer and Djokovic and while Grand Slam titles are not the only metric used in a G.O.A.T (greatest of all time) debate many think is frivolous, it would make him difficult to catch.

Nadal respects his sport, his work tools, his rivals, the tournaments he plays in and the countries he visits. Few athletes have been so consistent in that regard. It is also likely that no one in the history of tennis has said ” thank you” more times than Nadal: to the ball boys, to the assistants, to the journalists, to his rivals, to the chair umpires, to the sponsors.

It is not a question of falling into simple messages, but Nadal represents an idea that is worth defending, that of effort and appreciation for things well done, that of merit and sacrifice, that of excellence and humility. Perhaps that is why there are those who feel annoyed by the figure of Rafa Nadal, whether cleaning the streets of Sant Llorenç from mud, after the torrential rains of October 2018, or congratulating the Spanish Armed Forces on Christmas. Nadal embodies those ideas that are not used in the new curricula of our children and young people, confined in bubbles of comfort that deceive them for real life, the one in which you have to sweat, suffer, lose and get up.

Nadal, as leader of the extraordinary litter of athletes heir to the 1992 Barcelona Olympic Games, also taught the Spanish that the mind is more powerful than the physical, something for which he had the invaluable collaboration of the soccer team, champion of the 2010 World Cup in South Africa and the European Championship in 2008 and 2012.

It’s become a cliché to associate the Spaniard great with words like ‘passion’, ‘hunger’ and ‘will’ but he embodies all those traits that have made him the phenomenon that he is today.

Nadal will not go down in history for being the most technical player, nor the one with the best serve, nor for being the one with the best return or volley. If there is something for which he will always be remembered, in addition to his victories, it is for his ability to sacrifice and overcome. To win a match against Rafael Nadal one has to sweat a lot, run a lot and develop an almost perfect game. Nadal stands out for his dedication and his honor, for his fury and his strength, for his courage and his ambition.

It is impossible, today, to match Nadal in terms of honors, but it is even more difficult to overcome the good Rafa in what he knows how to do the best, strive until he can no longer and give absolutely nothing for lost.