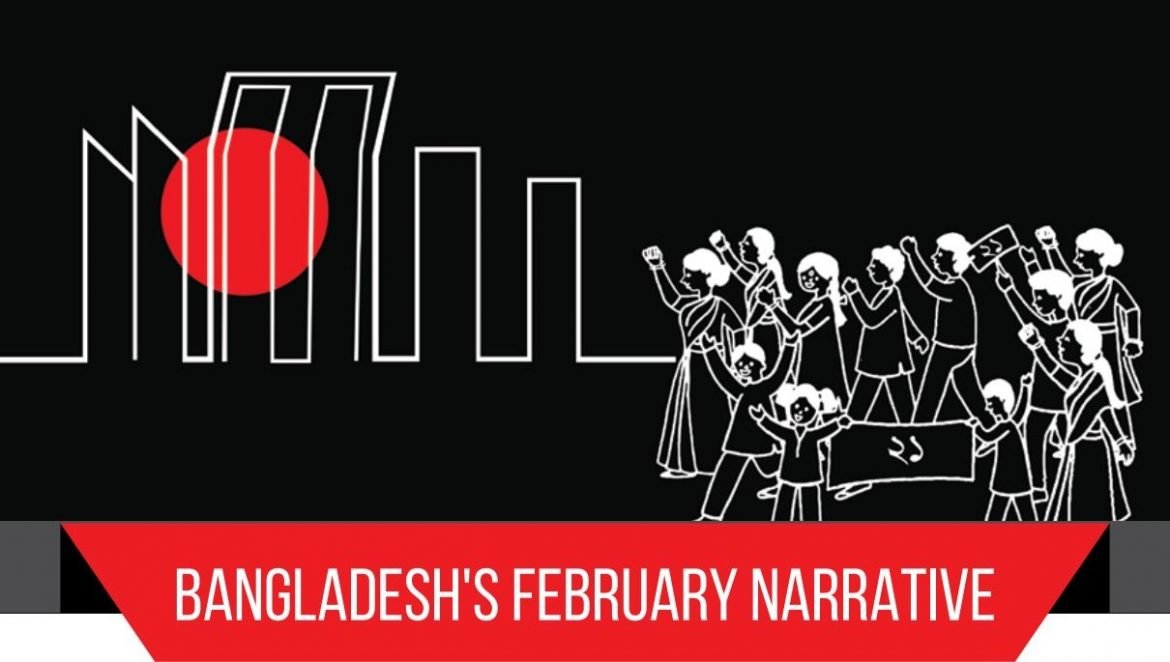 History is part of life. And yet studies of history in Bangladesh have left a good deal to be desired. For the last so many years, the young in Bangladesh have not evinced much of an interest in history. That is an ominous sign of the intellectual darkness which could sooner rather than later come to hang low over our lives. Not very many young people will be able to inform you of the factors that went into the making of Ekushey in 1952. For that matter, not many among the older generation remember with clarity such facts of history as the Six Points in their totality.

One could observe February, for it is a season when we recall those who fell in the defence of language those many decades ago. And we mourn, for these young men who braved the barrage of bullets on that day of horror on the streets of Dhaka sanctified through their martyrdom the language we speak in Bangladesh and in neighbouring West Bengal today. That was February 1952, a defining moment in our collective life.But, then again, there are the tales of quite a few other Februaries, if one could use such a term, which we need to recapitulate in the interest of the young. The irony is that while studies of history are being pushed into ever shrinking space, our interest in history is rekindled every time February comes round.

There is the unforgettable truth of how February 1948 made it into the history books. The individual responsible for that transformative phase in our lives was — and always will be — Dhirendranath Dutta. On 25 February 1948, he rose in the Constituent Assembly of Pakistan in Karachi to ask that Bengali be adopted as one of the languages in the proceedings of the House. For the very first time since the partition of India six months earlier, it was thus given out that the language issue would be taking centre stage in the state of Pakistan.The centre stage was of course, as events turned out, February 1952. Move beyond that, once you have had a fairly good understanding of circumstances leading up to the shootings in Dhaka. In February 1966, Sheikh Mujibur Rahman took the bold step of attempting to reconfigure the state of Pakistan.

And he did that through announcing his Six Points in Lahore, the very city where the first step toward the creation of Pakistan had been taken in March 1940. There is that other defining February, this one in 1969. The Agartala Conspiracy Case, in which Bangabandhu — before he became Bangabandhu — had been charged, along with thirty four other Bengalis, with attempting to have East Pakistan secede from the rest of Pakistan, was withdrawn unconditionally by the Ayub Khan regime. The day was 22 February. The announcement of the withdrawal was made by Pakistan’s Defence Minister, who was none other than Vice Admiral A.R. Khan, a former commander-in-chief of the Pakistan Navy. The next day, 23 February 1969, Sheikh Mujibur Rahman was anointed Bangabandhu, Friend of Bangladesh, by public acclaim at a huge rally at the Race Course (today’s Suhrawardy Udyan) in Dhaka.

History often has a strange way of dealing with the affairs of men. In the very month when Pakistan’s government lifted the Agartala case, one of the accused could not come home. Sergeant Zahurul Haq was shot by soldiers in the cantonment. Later it was given out that he had tried to escape and so had been shot. Not many bought that story. It was 15 February when the life was put out of him. Move on to February 1971, when General Yahya Khan made it known that the newly elected Pakistan national assembly would meet in Dhaka in early March. The earliest rumblings of impending chaos in Pakistan soon followed, from Zulfikar Ali Bhutto.

His party would not go to the National Assembly session in Dhaka, said Bhutto, unless the majority party — and it was the Awami League — modified its stance on its Six Points. Those West Pakistani lawmakers who planned to go to Dhaka, he warned darkly, would have their legs broken. He would do the breaking, of course. Mischief was thus afoot once more in Pakistan, of which Bangabandhu warned the Bengali nation anew at the Central Shaheed Minar a few days later, on 21 February 1971.A palpably different February governed the imagination in 1974. After the genocide of 1971, after the defeat of the Pakistan army in war, after all the fiction on the part of the new government in Islamabad of ‘East Pakistan’ yet being a part of Pakistan, Bhutto was compelled to accord diplomatic recognition to Bangladesh as an independent state.

The day was 22 February, precisely five years to the day when the Agartala case was withdrawn by a tottering Ayub dictatorship. The next day, 23 February 1974, Bangabandhu Sheikh Mujibur Rahman flew to Lahore to be at the summit of Islamic countries called by the Bhutto government.In February 1975, following on the heels of the Fourth Amendment to the Constitution adopted by parliament a month earlier, Bangabandhu Sheikh Mujibur Rahman’s government decreed a wholesale change in national politics. All political parties were put out of circulation in favour of what was held forth, on 24 February, as the creation of a national platform christened as the Bangladesh Krishak Sramik Awami League, or Baksal. The Father of the Nation called the move a Second Revolution in the country.Thus has been our remembrance of February down the years. Hence our need for history to underpin, in these fraught times, the story of Bangladesh in its totality.