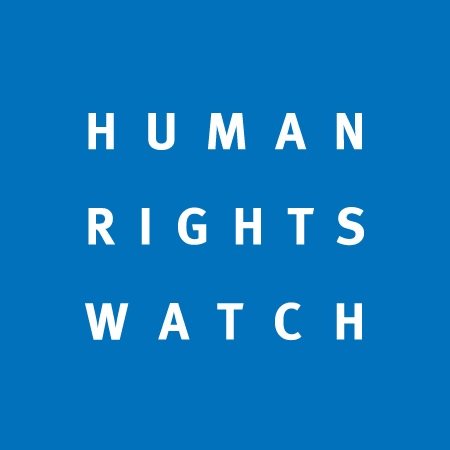 Journalists, medical workers, and activists were highlighting the barriers to health care that many people across Bangladesh who died from the coronavirus had faced, reports Human Rights Watch

The government of Bangladesh, now run by the Awami League, has dismissed concerns raised by the United Nations (UN), donors, and nongovernmental organizations during 2021 over evidence of extrajudicial killings, torture, and enforced disappearances by security forces, Human Rights Watch (HRW) said in its World Report 2022. The authorities cracked down on activists, journalists, and even children who criticized the government or its response to the Covid-19 pandemic.

“Bangladesh authorities used the Covid-19 pandemic to send a chilling message that criticism of the ruling Awami League will be punished,” said Brad Adams, Asia director at Human Rights Watch. “Yet journalists, medical workers, and activists were highlighting the barriers to health care that many people across Bangladesh who died from the coronavirus had faced.”

In the 752-page World Report 2022, its 32nd edition, Human Rights Watch reviews human rights practices in nearly 100 countries. Executive Director Kenneth Roth challenges the conventional wisdom that autocracy is ascendent. In country after country, large numbers of people have recently taken to the streets, even at the risk of being arrested or shot, showing that the appeal of democracy remains strong. Meanwhile, autocrats are finding it more difficult to manipulate elections in their favor. Still, he says, democratic leaders must do a better job of meeting national and global challenges and of making sure that democracy delivers on its promised dividends.

Mushtaq Ahmed, a writer, died in prison after being held in pretrial detention for nine months – during which he was allegedly tortured – for posting criticism on Facebook of the government’s response to the Covid-19 pandemic. In May the authorities arrested Rozina Islam, a journalist, following her reporting on malpractices in response to the Covid-19 pandemic. The authorities also arbitrarily arrested and prosecuted political critics under the Digital Security Act, and even targeted family members of diaspora journalists who criticized the government.

In October the government signed a Memorandum of Understanding with the UN refugee agency, UNHCR, to begin operations for Rohingya refugees on Bhasan Char island, a remote island made of silt that is subject to dangerous weather conditions and lacks adequate services. Bangladesh authorities had already relocated almost 20,000 refugees there in violation of its commitments to wait for an assessment of the island’s habitability, safety, sustainability, and protection needs. The February coup in Myanmar made the possibility of a safe and dignified return for the Rohingya even more remote.

In September unidentified gunmen shot and killed Mohib Ullah, a Rohingya rights activist, in Kutupalong camp in Cox’s Bazar. In October seven refugees were murdered in an attack on an Islamic seminary in the camp, for which Bangladesh authorities had failed to provide adequate security. Rohingya activists remain at risk from militant groups, while security forces have arbitrarily detained refugees in a crackdown against those allegedly responsible for the violence.

In October four people died when police reportedly opened fire to contain a mob, and at least three more people died amid a spate of sectarian violence targeting Bangladesh’s Hindu minority. More than 100 were reported injured.

In November protests erupted following the acquittal of all five men accused in the alleged gang-rape of two women in Dhaka in 2017. The judge appeared to blame the victims for taking a month to report the crime, denigrated their character, and, extraordinarily, recommended that the police should refuse to file any rape case that comes in over 72 hours after the incident.

The ruling comes more than a year after activists held protests across the country calling for the government to address an alarming rise in sexual violence against women and girls. The authorities have yet to pass a sexual harassment bill, provide witness protection, or revise discriminatory legislation. (This story was taken from www.hrw.org)

Will President’s dialogues deliver any better EC this time?