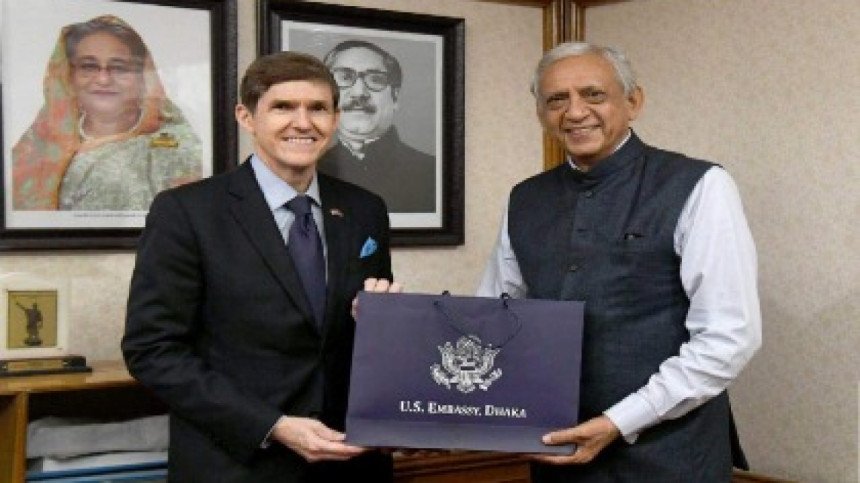 Outgoing US Ambassador to Bangladesh Earl R Miller expressed hope that the “excellent relations” between the two countries would reach “new heights” in the future, noting that a high-level delegation from Washington would visit Dhaka within the next few months.He said the delegation has started preparations to discuss various issues of mutual interest with a view to taking the relations between the two countries to a higher level.

Ambassador Miller made the remarks during his farewell meeting with Prime Minister’s International Affairs Adviser, Dr Gowher Rizvi, at the Prime Minister’s Office.The meeting between them lasted for an hour from 4:30pm, according to the Prime Minister’s Office.Ambassador Miller was accompanied by Deputy Chief of Mission at the US Embassy in Dhaka Helen La Fave and Political Section Chief Arturo Hines. During the meeting, the outgoing US Ambassador discussed various issues related to strengthening the relations between the two countries during his tenure in Bangladesh for about three years and two months. Gowher Rizvi noted that the two countries have excellent relations in the areas of trade, investment, education, culture, defence and disaster management.