Mangoes from Bangladesh PM to Indian President, PM as gift 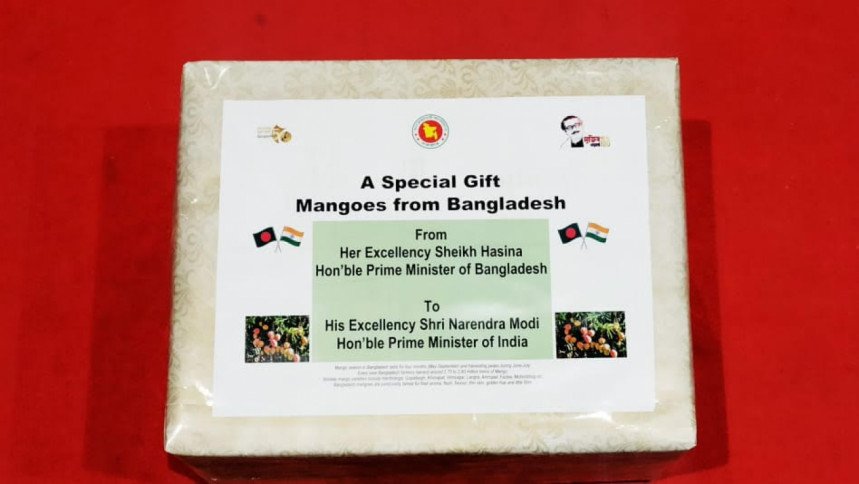 According to a UNB report, the mangoes were sent to the residents of the Indian president and prime minister of India through relevant diplomatic channel on Friday, said an official.

Prime Minister Sheikh Hasina had also sent mangoes as gift to the Indian president, prime minister of India along with chief ministers of West Bengal, Tripura and Assam last year.

The mangoes are a memento of the friendship between the two countries as Bangladesh witnesses the peak season of mangoes at the moment.

In fact, the relationship between Bangladesh and India has reached a new height and the “Mango and Hilsa diplomacy” is making the ties more gratifying, said the official on condition of anonymity.

Move to shut markets after 8:00pm aimed at saving power