Responsibilities of the Opposition: will BNP show maturity by joining 12th Parliamentary Polls? 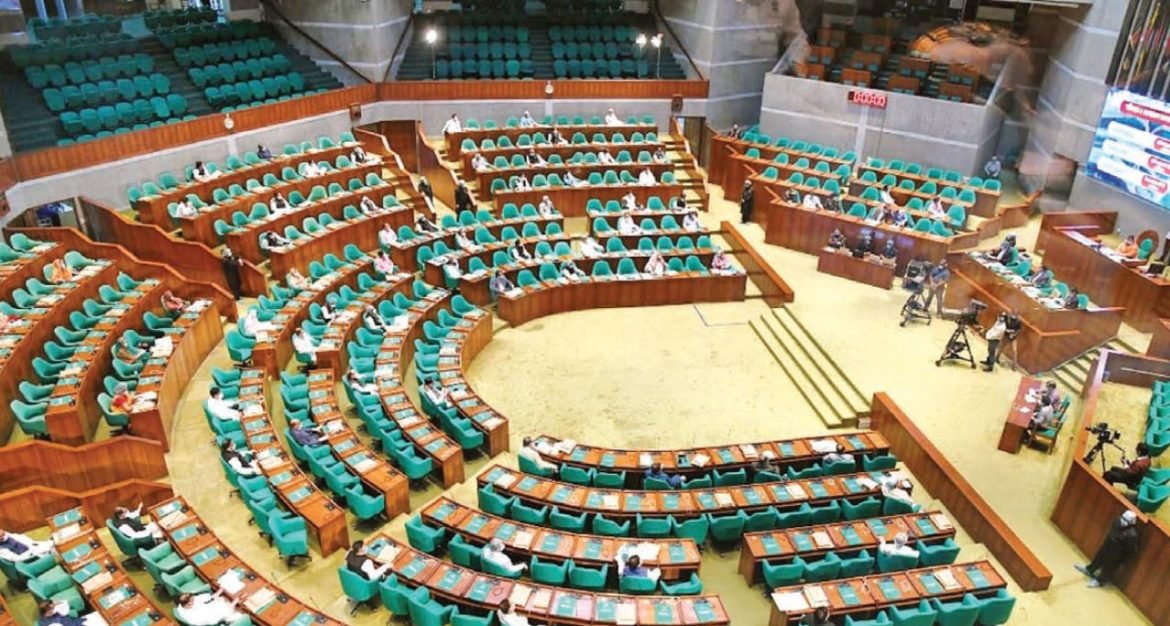 Ensuring a vibrant democracy requires having a comprehensive idea of the opposition parties’ participatory role. The diorama of democracy in a democratic country depends on the extent to which the ruling parties and the oppositions are delivering their respective responsibilities. In other words, the government and the opposition play almost equally important roles towards establishing and ensuring democracy aptly and effectively.

The opposition is often seen in the role of a shadow government in democratic societies across the world. It is the duty of the ruling party to take into account the constructive criticism or suggestions from the opposition for the greater good of the people, which in turn paves the way for democratic practices in the country. It is thus also the responsibility of an ideal opposition party to take part in the process with a good spirit.

Although democracy in Bangladesh has stumbled more than once since independence, many think that a fairly stable version of democracy has been prevailing in this country since 1991 (albeit with exceptions during the tenure of Caretaker Government in 2007-2008). But the activities of opposition political parties here are often found to be limited to paper works. Sadly though, no political party in Bangladesh has been found as of now to be playing the appropriate role of an effective opposition practically.

The Bangladesh Awami League and its major alliances are serving their third consecutive term in office since the 30th December 2008 general elections. In the first tenure of these terms, the Bangladesh Nationalist Party (BNP) was in the role of the opposition party on paper. In the next two terms, the Jatiya Party has been the main opposition party officially since the 2014 parliamentary polls. Although the Jatiya Party remains the main opposition on paper, the people of this country still does consider BNP as the main opposition political party in terms of public support, organisational strength and governance experience.

However, the activities of BNP as an effective opposition party over the course of last 13 years beginning from 2008 are nothing at all to be happy with – rather largely disappointing in terms of democratic practices. It won’t be exaggeration to note that BNP’s activities as major opposition party were appallingly limited to making various allegations against the government at press conferences over the cases against and illness of their party chairperson Begum Khaleda Zia and one of the BNP Senior Vice-Chairmen Tarique Rahman. In addition, BNP focused on distastefully making anti-government complaints to the foreign friends.

Our next-door neighbour India is said to be the world’s largest democracy. BJP has been in power in the central government of India for the second consecutive term running with the Congress remaining the obvious leader of the opposition. In April 2020, Rahul Gandhi, one of the main leaders of the Congress, set a role model for the opposition during the Coronavirus pandemic. He described Corona as a ‘national crisis’ and said, “I have differences of opinion with the Prime Minister (Narendra Modi). But now is not the time for war”.

Not only that, Rahul Gandhi repeatedly appealed to stop the export of effective medical equipment for corona infection and the ruling government took necessary steps to heed the advice of the opposition. As the leader of the opposition in the national crisis, this move carries the identity of Rahul Gandhi’s political prudence. However, one might question whether Corona prompted any significant part on part of BNP being one of the largest political parties in Bangladesh to deal with this by acting responsibly. Let us have some examples or statements of some opinion leaders belonging to BNP during the corona period. Pro-BNP intellectual Dr Jafrullah Chowdhury stated, “There is no guarantee that you will not be pushed water or vaccination of chickens.” BNP Secretary General Mirza Fakhrul Islam Alamgir said, “We have no confidence in India’s corona vaccine.” BNP Senior Joint Secretary General Ruhul Kabir Rizvi said, “The government is talking about vaccination to get rid of Corona. It is not certain whether people will survive in this vaccine or not.”

On a different note, BNP Senior Joint Secretary General Ruhul Kabir Rizvi said, “This vaccine from India has been given for testing in Bangladesh to see if people survive or die. I will not let that vaccine enter my body whether I live or die.” Interestingly, all the BNP leaders who made such negative remarks on corona vaccine later received the preventive vaccine and there were no reports of any BNP leader or activist or anyone from any part of the country dying from the corona vaccine. Can BNP avoid the responsibility of its leaders for refusing to take the vaccine and any possible loss of life and property following such statements?

For further instance, the example of the United States can be taken to consideration. When there is a need for logical criticism, the opposition parties in most cases have shown intelligence by constructive criticism, and that is the real beauty of democracy. Immediately after the 9/11 attacks (the largest terrorist attacks in American history on the Twin Towers) by al-Qaeda in the United States in September 2001, Republican President George W. Bush took immediate action to avenge and acted accordingly. The then US President thought war was the only way to address the situation. As a result, the US decided to attack al-Qaeda’s main base in Afghanistan to wipe out the terrorist group.

Democrats, who were in the opposition during that American crisis, supported the Republican President’s move. But the Democrats also sided with the Republican government on that crucial day. USA’s former Democrat President Barack Obama, who was in power for two consecutive terms, was adamant in his decision to continue fighting in Afghanistan to eliminate al-Qaeda without stopping the steps taken by Republican President George W. Bush. The war that began with the Republican government ended with the killing of Osama bin Laden, the mastermind of the 9/11 attacks, by Democrat President Barack Obama.

Over the yesteryears, different militant organisations like JMB tried to turn the law and order situation from upside down in Bangladesh. In 2005, JMB carried out near-simultaneous bombings in 63 districts across the country and also prompted further attacks afterwards. In 2016, there were several small and big militant attacks across the country that included incidents like Holy Artisan and Atiyamahal.

When the ruling Awami League government was taking one step after another by adopting ‘zero tolerance’ policy to rein in these militant groups, did we see any other political party including the BNP playing any responsible role as an effective opposition? Even after the commencement of the trial of the anti-independence razakars of 1971, the BNP did not support it and started defending the accused razakars directly and indirectly, which many considered as something tantamount to denying the country’s independence and sovereignty. Although the BNP, which has been in the opposition for more than a decade, is holding rallies and agitations from the very beginning, question rises as to whether the BNP has really been able to mobilise people for movement saying that’s for the country’s welfare? Are their political activities aimed at the public interests?

On the other hand, one of the BNP leaders Tarique Rahman has limited his political programme to occasionally criticising the government in virtual meetings. If one analyses the statements made by Tarique Rahman at various political rallies online over the period of last 13/14 years, it can be seen that he has spent almost 90 percent of his speeches defaming the government or distorting various histories. He spent the remaining 10 percent of his time in frantic efforts to stimulate BNP leaders and activists in movement while also expressing his thoughts about the country. Political analysts say that Tarique Rahman as leader of one of the major opposition parties in the country should not have given so much time in criticising the government, rather he should’ve focus on building the nation as well as envisioning as to how to make his party organisationally stronger.

Expectations of the people from a political party with the rank, profile and stature of BNP, which has a record of forming government more than once, and which remains one of the main opposition parties in the country right now, is to work relentlessly for democracy by way of giving priority to the country and its people. Meanwhile, the policymakers of the party are yet to clarify the BNP’s thoughts on the ensuing 12th parliamentary polls. Whether BNP will participate in the elections or abstain again on the pretext of reinstating Caretaker Government system like before, it is nonetheless understandable that they are still sceptical about this.

Considering the age and physical condition of the opposition party’s Chairperson Khaleda Zia, it is almost certain that the key to the leadership of the BNP in the 12th general elections will be in the hands of Tarique Rahman. As a result, questions that appear in mind are: how effective would it be to lead a national election from abroad? Will not the allegations of nomination trade against Tarique Rahman within the party itself during the last 11th parliamentary polls call into question his leadership? Aren’t such activities labelling BNP as a ‘leaderless’ party in the country? As Khaleda Zia is sick and Tarique Rahman remains a convicted fugitive, does the party have the right kind of leadership to see off such a complex election process fighting against the odds? Many people think that the only way out of this crisis is to make the party election-oriented.

Is there any other way for the BNP to survive without participating in the elections? With the current organisational capacity of the BNP, how much is it possible to realise the demands of the Caretaker Government by carrying out anti-government movement on the streets? A section of the country’s senior politicians and political analysts, however, think that the BNP now needs to introduce a new style of politics, the main basis of which can be the politics of public welfare and good governance. Apart from this, they are of the opinion that there should be some changes in the political ideology of BNP in principle. Will backing up for a party like Jamaat somehow can deliver good results for BNP? Another section of the political circle, however, thinks that it won’t be any surprise if the democratic culture within the party is changed and BNP is in a ‘crisis of existence’ in near future.

BNP has numbers of responsibilities to ensure a fruitful democracy in the country. However, the question is, for the greater interest of democracy, will BNP truly realise the importance of such responsibility and people’s demands and thus become a pro-people party by rectifying themselves or will it join the procession of getting lost in the abyss of time by boycotting one of the key elements of democracy? The whole country including the root leaders and activists of the BNP are waiting for the answer to this very question.