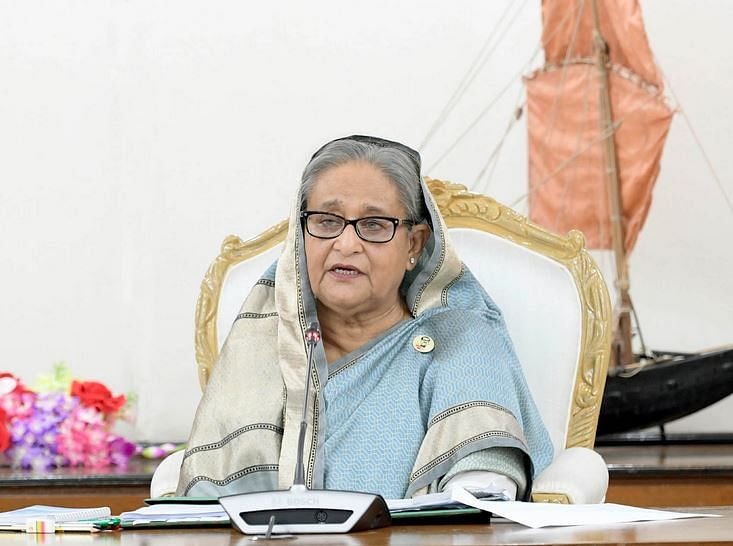 Prime Minister Sheikh Hasina has instructed the security forces to stay alert mentioning that a vested quarter is planning to impede the much-awaited inauguration of Padma Bridge on 25th June.

The premier provided the directive today while addressing a programme marking the 36th founding anniversary of the Special Security Force (SSF) at her office.

The PM said, “We’ve completed the work of Padma Bridge construction, concluding a big challenge. Those who opposed it have a target. We have got some information as well. They will create such an incident so that we can’t hold the inaugural ceremony on 25th June.” She asked the security forces, particularly the law enforcement agencies to be careful and ensure security to the import structures of the country ahead of the opening of the country’s largest multipurpose road-rail bridge.

Suspecting foul play in the recent fire at BM Container Depot she wondered how the fire could occur in several sites and not at a single place. Mentioning that she saw a video footage of the train fire, Hasina said that the fire started from the wheel. “How could it be possible? All these things are mysterious. So, I would like to ask all to remain alert, pay attention to our important establishments and ensure security to these,” she said.

Sheikh Hasina also said that when the World Bank stopped the funding to the Padma Bridge due to instigation from Dr Muhammad Yunus and his friend Hillary Clinton, her government announced that it would construct the bridge with own funding. “At that time, many people thought that we could not do it. But we’ve done it,” she added.