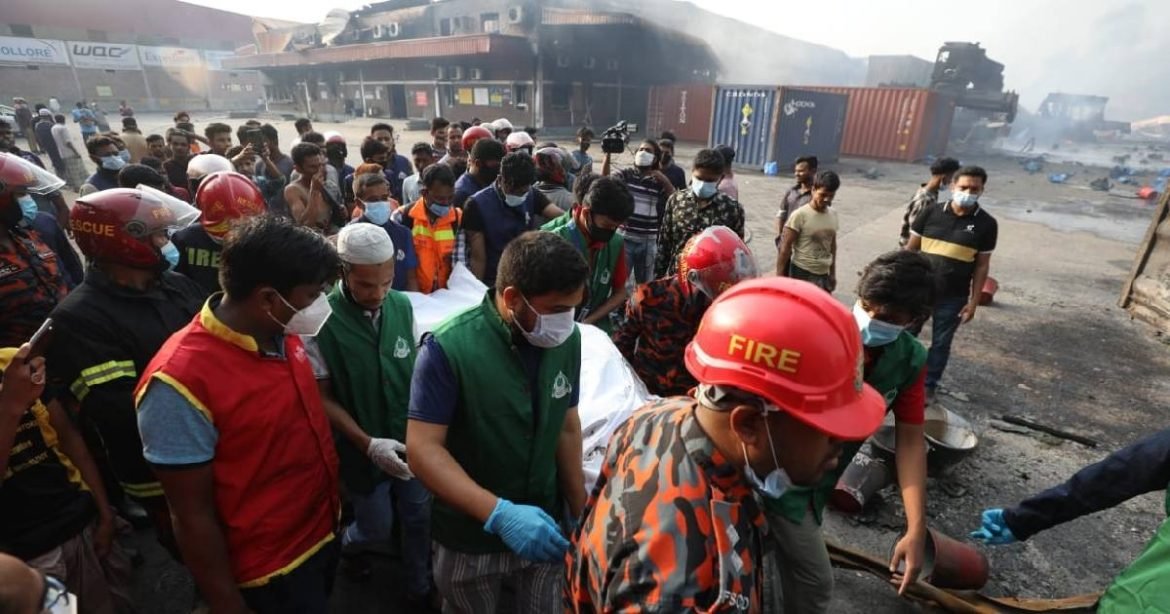 As five firefighters lost lives trying to extinguish the fire at a container depot in Chattogram’s Sitakunda, question and concern over their security and overall capacity appeared in public minds. The massive fire has also seen two more workers remaining missing in the incident with 15 injured firefighters getting admitted to different hospitals including Chattogram Medical College Hospital.

This information was confirmed by Shahjahan Sikder, Officer-in-Charge of Media Branch of Fire Service and Civil Defence. Shahjahan said that so far five fire service personnel have been killed in a fire at a container depot at Sitakunda in Chattogram. One of them, Moniruzzaman, has been identified. The bodies could not be identified as they were severely burnt. Two workers are still missing in the incident and 15 others are undergoing treatment at different hospitals including CMH in critical condition.

A fire broke out at BM Container Depot in Bhatiari area of ​​Sitakunda around 9:30 pm on Saturday (June 4). After the incident, 15 units of the fire service went immediately to the spot and started working. The unit was later extended.

Although they stand up against the odds in time of dangers, firefighters being the real heroes are constantly confronted by the unknown. But what they had faced at the Chattogram container depot was not just an ordinary fire. The containers contained explosive chemicals – which were enough to make the battlefield even hazardous for the firefighters. Salute to these unsung heroes!

What ‘good news’ this year’s budget will bring for stock market?