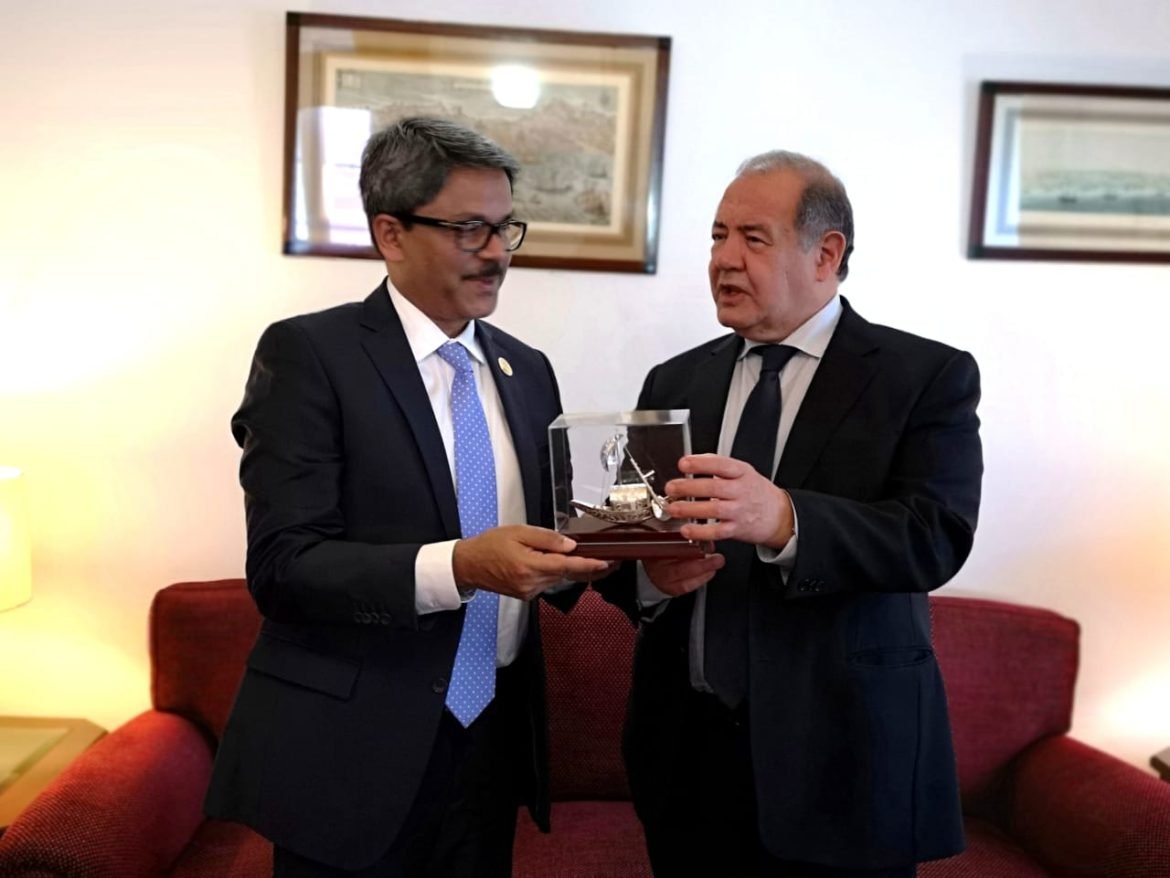 Portugal has appreciated Bangladesh’s swift rise in the economic and social sectors in recent times to the existing political stability under the leadership of Prime Minister Sheikh Hasina. Portugal also acknowledged Bangladesh’s continued regional cooperation in its neighbourhood.

State Minister for Foreign Affairs Shahriar Alam met Portuguese Minister of Economy and Sea, Antonio Costa Silva of late and discussed the areas of cooperation between the two countries.

Recognizing that there remains considerable potential for cooperation between the countries, the Portuguese minister reiterated that Portugal stands ready to expand collaboration in the diverse areas spanning renewable energy, green transition, marine technology, ocean economy and so on.

Shahriar agreed to advance cooperation in these areas and sought Portugal’s support for regional hydropower, according to the Ministry of Foreign Affairs. Shahriar apprised Portuguese Minister about Bangladesh’s leading role in Indian Ocean Rim Association and the International Seabed Authority and agreed to take forward Bangladesh-Portugal partnership in this regard. He also called for enhanced knowledge sharing and partnership in the areas of oceanography and maritime affairs.

The state minister mentioned the difficulties experienced by the Bangladeshi visa applicants due to the mandatory requirement for physical presence in the Portuguese embassy in New Delhi and requested the minister’s intervention in simplifying the process by allowing a service provider to operate in Bangladesh.

On the trade and investment front, the Portuguese minister expressed his desire to continue the ongoing cooperation in finalizing the Double Taxation Avoidance Agreement and suggested elaboration of an investment protection agreements. A high-level Bangladesh delegation will participate in the conference, the state minister said. The Portuguese minister also recalled his visit to Bangladesh 15 years back and expressed his desire to visit Bangladesh soon to experience the positive transition that has shaped Bangladesh now.

To consolidate the existing partnership at the multilateral level, the minister invited Bangladesh to participate in the upcoming 2nd UN Ocean Conference to be held from 27th June to 1st July in Portugal.

How China is contributing in global advancement?