Cost of hajj rises further by 59,000tk per person 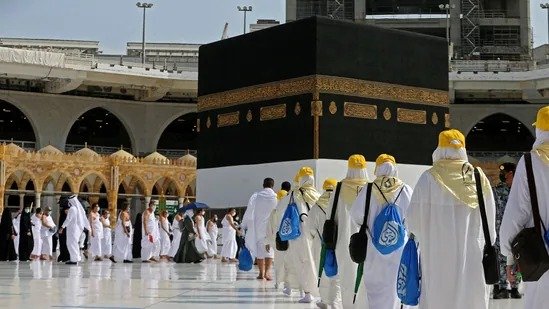 The Ministry of Religious Affairs has decided to increase the cost of performing hajj for Bangladeshi pilgrims by 59,000tk per person due to rising costs in the Kingdom of Saudi Arabia (KSA).

This extra money will be added to the package announced at both public and private levels, said State Minister for Religious Affairs Faridul Haque Khan. He confirmed the information to journalists at his office in the Secretariat on May 26.

The state minister said, “On May 25, the Saudi Arabian government divided the expenditure into four categories based on the accommodation in Mina. Of these, the minimum cost- step C and D have been revealed. According to that information, the Moallem fee has been fixed at 6,640 Saudi Riyals in the C stage and 7,490 Riyals in the D stage. As such, 105597tk has been fixed in step C and 74,500tk in D stage.

According to him, “Money has been saved in both packages from high quality bus, train service and house rent. It has been decided to increase the required expenditure in both packages by 59,000tk due to the fact that costs are rising in KSA.

He also said a notification will be issued on May 28, 29 and 30 for taking the increased amount. For this purpose, the Ministry of Religious Affairs has sent a letter to the Bangladesh Bank to keep the scheduled banks open on next Saturday.”