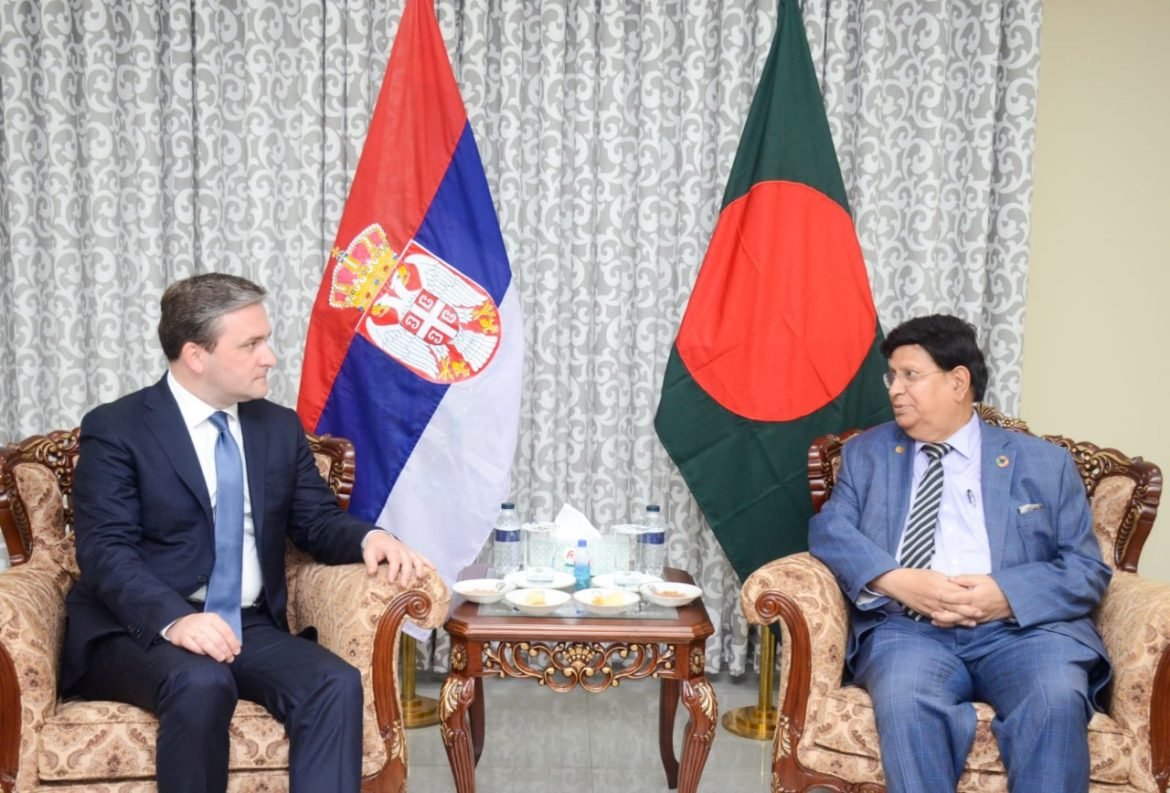 Bangladesh and Serbia have decided to take up a number of initiatives to further strengthen bilateral partnership to mark the historic occasion of celebrating the fifty years of the establishment of diplomatic relations.

Foreign Minister AK Abdul Momen and his Serbian counterpart Nikola Selakovic had a meeting Wednesday at the Foreign Service Academy to discuss a wide range of bilateral and multilateral issues.

The bilateral meeting was followed by signing ceremony where a Memorandum of Understanding on Foreign Office Consultations and an agreement on visa waiver for the holders of official and diplomatic passports between Bangladesh and Serbia were inked.

During the official meeting, Foreign Minister Momen recalled the sincere contribution of former Yugoslavia that is now Serbia in Bangladesh’s glorious War of Liberation in 1971 and also remembered the personal friendship between Bangabandhu Sheikh Mujibur Rahman and Marshal Tito, especially how these two leaders were treated with reverence by the world leaders.

Highlighting Bangladesh’s socio-economic advancement, Foreign Minister Momen shared the investment climate of Bangladesh and requested the Serbian investors to consider the opportunity so that Serbia can be a partner in Bangladesh’s development trajectory.

Visiting Serbian Foreign Minister Selakovic expressed his happiness to visit Bangladesh specially when the two countries are celebrating fifty years of friendship and mentioned that Bangladesh and Serbia should work more closely for meaningful cooperation so that bilateral trade can be increased.

Appreciating the contributions of Bangladeshi professionals and workers in Serbia, he mentioned that an alternative approach will be taken to ease visa issues so that more Bangladeshis are interested to work in Serbia. He also announced that Bangladeshi students will be offered more scholarships and shared his plan to organize a Summer Camp for the diplomats where Bangladeshi young diplomats will be invited to join.

Analysts and observers think Bangladesh’s diplomatic relation with Serbia has been growing steadily. As the ties marked a milestone of five decades lately, the visa waiver deal signifies that the bilateral relation with the European country is coming of age, which in turn is expected to grow further in the days to come.

What UN can do for early repatriation of Rohingyas?