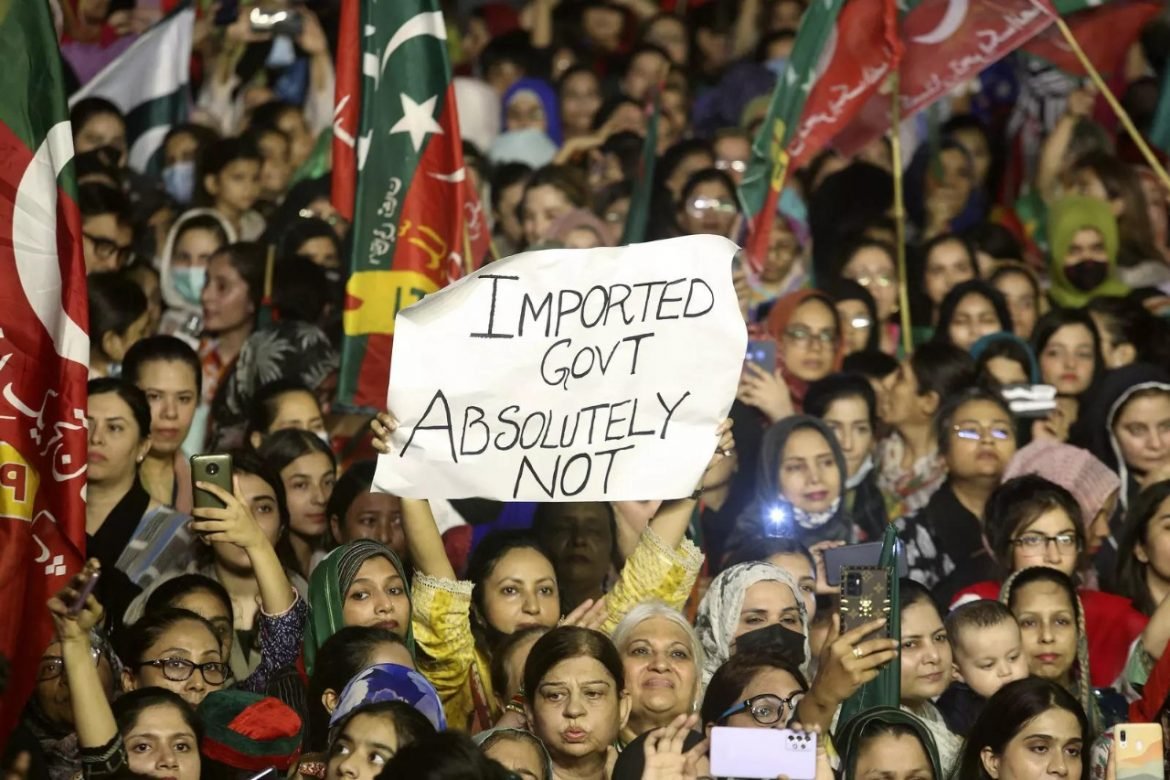 There have been widespread protests across Pakistan following a call from recently-ousted Prime Minister Imran Khan, who lost his post in a no-confidence vote at the Pakistan National Assembly on 9th April.
The protests took place on 10th April all-over the country, including major cities such as Islamabad, Karachi, Peshawar, Rawalpindi, Quetta, Multan and Lahore. A large number of activists and supporters of Imran Khan-led Tehreek-e-Insaf (PTI) took part in it.

After being ousted from power, Imran Khan called for a peaceful movement after the Esha prayers on 10th April. He said that he would not allow foreign governments to be set up in Pakistan. “We are not a nation that will be used like tissue paper,” he said.

He said, “Everyone should come out of their house and protest against the ongoing foreign-funded drama. I will be with you and I will not accept any foreign conspiracies against Pakistan.” Thousands of his supporters took to the streets around 9:30 pm on Sunday in response to his call.

Sharing a video of the protests on Twitter, Imran Khan wrote that never before in history have so many protesters taken to the streets spontaneously, rejecting a government led by miscreants.

Earlier in the morning, the day was declared as the beginning of the liberation struggle against the foreign conspiracy of changing the government. To motivate the supporters, Imran Khan said, only the general people of a country always defend their sovereignty and democracy.

Earlier, opposition groups called for a no-confidence motion against Imran in March over allegations of Pakistan’s financial woes and misguided foreign policy. However, Deputy Speaker of the National Assembly Qasim Khan Suri on 3rd April dismissed the proposal as “unconstitutional”.

SSC in April, HSC in June next year