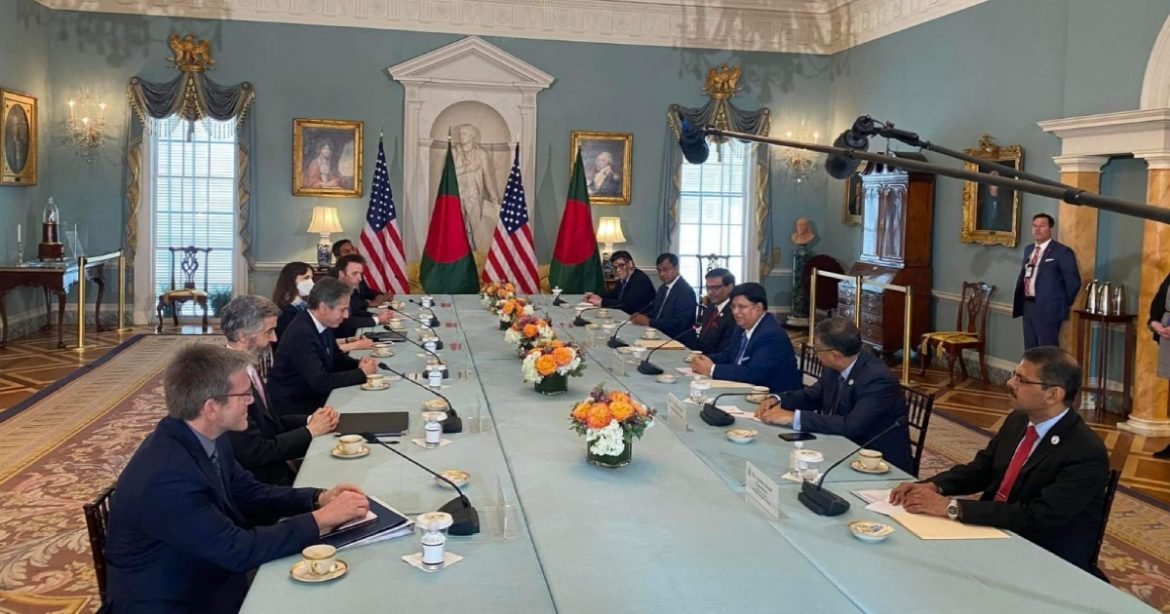 Dhaka has reiterated its call for the withdrawal of sanctions imposed on Bangladesh’s elite force RAB during the minister-level bilateral meeting between the US during which they discussed on bilateral, regional, and global issues.

The US side appreciated the improvement made over the last four months by Bangladesh and cited the time-consuming process that needs to be followed for the withdrawal of such restrictions.

On 4th April, the bilateral meeting was held marking the 50th anniversary of the establishment of Bangladesh-US diplomatic ties.

Both the countries discussed what they can do together to strengthen the partnership as Bangladesh sought broader and diversified cooperation from the US.

Mentioning that it is time to look beyond the energy sector while investing in Bangladesh, Foreign Minister Dr AK Abdul Momen has sought diversified investment from the United States.

FM said, “Bangladesh is doing very well. But most of the investment from the US has been in the energy sector. Maybe it is time to look beyond that.”

Here to mention, United States is Bangladesh’s biggest trading partner with the largest accumulated investment in the country.

Before the formal beginning of the bilateral meeting with US Secretary of State Antony Blinken at the US Department of State, FM said that Dhaka is looking forward to a more enhanced and “rock-solid” relationship with United States.

Secretary Blinken and Foreign Minister Momen also discussed the remarkable economic potential of the relationship and reflected on the ways they have collaborated over the last 50 years including growing people-to-people ties and vibrant trade exchange.

They also highlighted on the ongoing cooperation to address the climate crisis, needs of the victims of Rohingya genocide and promote regional security through UN peacekeeping operations.

Secretary Blinken restated the importance of protecting human rights, the rule of law, and freedom of religion.

In the meeting, Foreign Minister raised the issue of sheltering Rashed Chowdhury, a convicted killer of Father of the Nation Bangabandhu Sheikh Mujibur Rahman and reiterated Bangladesh’s call to handover him to Bangladesh.

Mentioning that, the mayor in his city (Sylhet) is from BNP and they are very comfortably working together, Momen said, “There is a good election process and system in Bangladesh and all parties except one join the elections that is transparent and fair. If they (BNP) are really committed to democracy they should participate in the election process. They’re welcome if they want to do elections.”

Liveability of Dhaka: Is DAP a Solution?